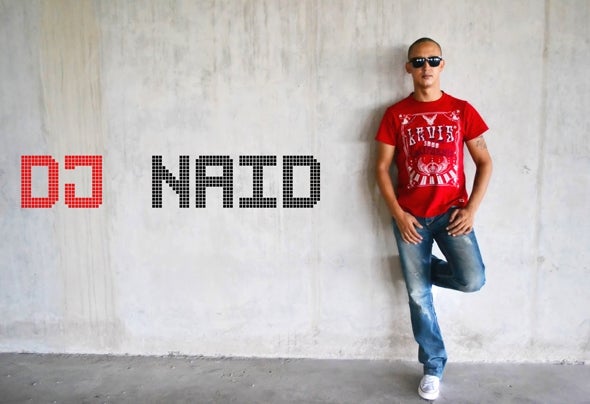 Naid, dynamic Dj, Producer, Club Promoter, Events Co- ordinator and an artist / producer at Destination 4:13 Records, is a man on a mission!Naid’s introduction to deejaying came at the age of 16yrs old when he started playing in Caledon, Western Cape.In 1998, Naid took part in a Dj Competition hosted by Goodhope Fm (Cape Town) with judges, DJ Ready D & Superfly where he took the 2nd place.In 2002, Naid moved to KZN where he established himself as a professional dj. He has gone on a single minded one man mission to make his mark in the music scene by sharing the decks with names like; Dj Fresh, Cleo, Black Coffee, Tira & Sox, Glen Lewis, Fistaz Mixwell, Bongz, Oskido, Christos, Andy X (Channel O), Coco Loco, Professor, Dj Kent, Zahara, Bongi Dube, Lloyd Cele (SA Idols), Phaksy (SA Idols) and many others.Naid has also performed live mixes on radio stations like; Metro Fm, East Coast Radio, Ukhozi Fm, UCT Radio, Gagasi Fm and Durban Youth Radio.His talent has taken him all over country, jet setting to places like Joburg, Pretoria, Soweto, Durban, East London including Cape Town where he would play for crowds of 50 – 30 000 people.Naid began producing his own music in 2008 with his debut production EP: Above The Clouds, Believe In Me, Machu Picchu, Australian Outback, Heartbreaker feat Dj Nubz (from Australia), Sometimes, My African Soul and The Flute (made it to #32 on the Top 100 chart)”The momentum continued to build and in February 2009, he took his talents to the air waves with top community radio station Icora Fm 100.4 (KZN). He was a co-host on Icora FM and he also ran a show which he used to showcase his talents. He would regularly play R&B, Electro, House, Deep & Soulful House music and this feature (show) became very popular.Highlights in his career were when he got invited on 2 occasions to play at functions for President Jacob Zuma. He also got invited to play at Springbok and Lions rugby player, Butch James’ wedding.Dj Naid has established himself as a serious & well known dj/producer in the South African Music Industry