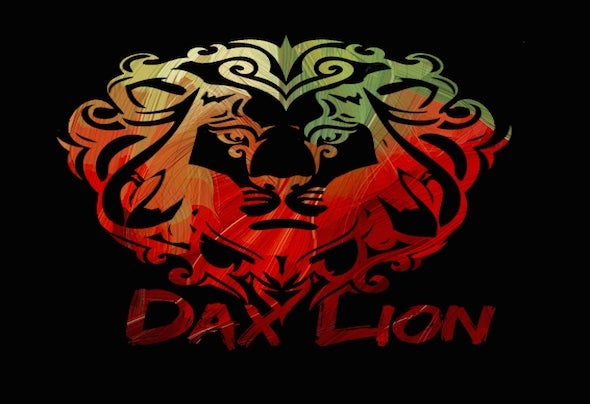 Emerging with the heart of a lion, Dax Lion, a Roots Reggae artist is unabashedly clear on his mission to convey world- reaching messages while embracing Rastafari in a solid, bass-driven Reggae groove.Hailing from the city of Kingston with a Bachelor of Arts in Entertainment and Cultural Enterprise Management, Dax Lion was infused with the rich musical roots of Jamaica from a young age. Writing since the age of 13, the distinct sound of Reggae fueled a musical passion within the young artist that lay dormant until he recorded his first song in 2009. "I realized that music was my mission when I recorded a song entitled "Gas Pon It", says the rebel with a cause. After receiving positive feedback from his peers and validation from Kimani Robinson, former owner of Reggae Entertainment Television (RETV), he realized a connection had been found. "I found music, and music found me," he declares. This divine confirmation ushered him into the life of a full-time artist/musician. "I just started recording more, performing more, meeting musicians, and doing a lot of acoustic shows. I had no doubt that this is what I am to do," he explains.Dax and music became an inseparable pair. Zealously recording, he crafted his songwriting skills, taking from some of his musical influences, like Bob Marley, Peter Tosh, Jimmy Cliff, Stephen Marley, Damian Marley, Michael Jackson, and Stevie Wonder, and using them to enhance his own style.His first collaboration song was "Gwan Natty" featuring Biggz General, Bob Marley's grandson. Long time friends, the collaboration between these two rising stars was inevitable. "Me and Biggz used to do music all the time from school days, and we were always writing together." Initially writing one verse and chorus of the song on his own, Dax solicited input from Biggz. "He liked it and recorded on it. Shortly after, we redid the track with a live band adding our own flavor, and "Gwan Natty" was released", he recalls. Marked with a message of upliftment to the youth, this debut song effortlessly drew fans to the Lion.Gaining momentum, Dax has appeared on several high profile shows, such as "Conversations" which featured Julian Marley and Richie Spice and was named as one of Jamaica's upcoming, positive artists by Julian Marley in a TVJ interview. Over the past few years, he has graced stages at The People's Festival held in Wilmington, Delaware, Bob Marley Earthday Celebrations in Jamaica, the CDXX 4/20 Festival in Florida with Steel Pulse and Inner Circle, Reggae in the Desert in Las Vegas with Daniel Marley, Hold a Vibez Concert alongside Junior Reid in Ontario, Canada, and Mandalay Bay Beach with singer, Lady Reiko in Las Vegas. His performance exposure has led to interest with major Reggae media outlets. Most notably, the Jamaica Observer reporting his artistic style as "clawing away at negativity". Ironically, this is just what the young lion has set out to do.Gaining experience as an artist, his creative process enhanced, and a theme of interconnectivity emerged. "Sometimes, I get this great idea, and I start to write. And I get one line or two, and then it just stops. Then, a month later, I get the vibe to write again, and what I write connects to what I put down a month ago," he reflects. Dax began piecing together what seemed to be dead end lyrics at the time, and his story, expressed through music, was birthed. "That's why they say you should never throw away your lyrics", he reasons.With the advice of his mother to make clean and positive music tucked in his heart, and his weapon of choice, music strapped to his belt, this lion's roar is sure to be heard around the world.