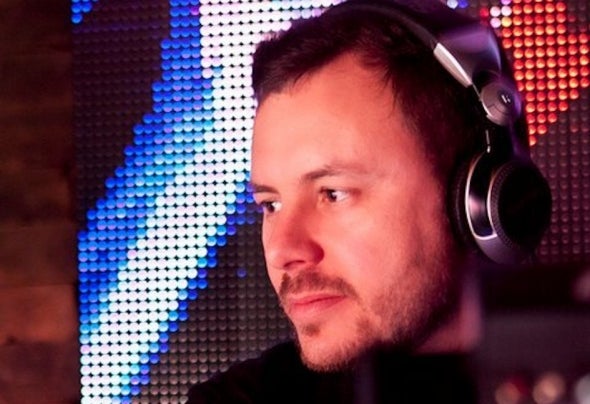 When Daniel decided to buy a used sound system to organize a friend’s party, instead of renting it, he haven’t imagined he was buying his ticket to the music world, specifically to the refined electronic music universe. Born in the south of Brazil and DJing since the age of 14 - now 37 years old, Daniel quickly passed from the experiments of many music styles to the house music specialty, conquered in his travels to different countries like Mexico, where he worked with the legendary local dj Luis Ortega.Bringing back the best from the old style, Daniel’s sets travel through the house music subdivisions with tendencies on the deep, tech, soulful and afro house. His music style is a combination of influences from DJs like Jask, Karizma, Quentin Harris and Rocco, with countless nights djing on the best clubs in the south of Brazil, also in places in Sao Paulo like D-edge, Anzu Club, Club Disco, Sirena, Lions Nightclub, Bistrot Bagatelle and Vegas Club – among clubs like the Music Club, in Natal/RN, Pacha Búzios/RJ and Boutique Club Hotel, Búzios/RJ.In these occasions, Daniel has played alongside various talented djs such as: Fosky, Sandy Rivera, Milk & Sugar, Abel Ramos, Juan Diaz, Harry Choo Choo Romero, Murray Richardson, Charles Spencer, Manuel Sahagun, Memê, Mau Mau, Edground, Rafael Moraes, J Wagner, Wander A, Milton Chuquer, Deep N' Soul Brasil (Marcos Skin and Ico Bastos), Hardmix!, Mause, Deró (Argentina), Zeca Fernandes, Mari Rossi, Jr Deep (Drumagick), Luciano R, Pic Schimitz,AZee Project, Claudio Mansur, Raul Boesel, Filipe Reis and Eduardo “Karrasko” Vallejos, that helped Daniel to refine his search for the hi musical quality sounds, and coincides with the outstanding moment of his traveling to Mexico in 2003. There, he spent one year djing on Ortega’s collective Do-re- mix. Luis Ortega is a big name in the Mexican electronic music universe and one of the main characters of legendary club Baby O’ in Acapulco – compared to the importance of the Studio 54, in NY. During his staying in Mexico, Daniel was the resident dj of Skyy Bar and Planta Alta, in Mexico City, and has played in some of the main clubs of the capital city including Moon Bar, where he commanded nights of deep and soulful house and Continental’s Club after hour, where the specialty was progressive and tech house.Also, in Acapulco, the place where most of the main djs in Mexico come from, Daniel was invited to play at "DJ Dance 2003" event.In 2005, Daniel spent half a year in the US, where he increased his music repertoire with rare records bought on specialized stores in that country and also on his travels to Europe, Asia an Africa. Based in Orlando/FL, Daniel played at Copacabana Bar and many private parties.Back to Brazil in the end of 2006, Daniel has infiltrated the Brazilian house music community in São Paulo where he grows the proposal of an exquisite sound, for the true house music lovers.In 2009, 2010, 2011, 2012 and 2013, Daniel attended to the Winter Music Conference in Miami/USA. In 2011 he had his first DJ show in Miami, at the Icon Brickell, a party organized by the Dolce Ultra Lounge.Nowadays, Daniel works with music production at his home studio and he is one of the resident djs on the "Authentic Project", every weekend playing on the best clubs in Brazil. In 2013, Daniel launched his label, called Dalzochio Music.