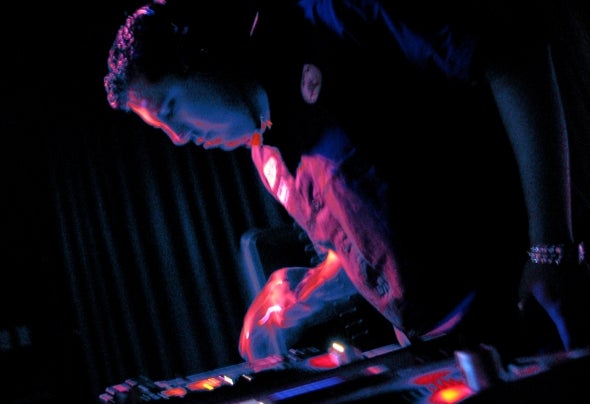 Cj Tari has become a household name in the borderlands EDM scene, not only as a dj but also as one of towns biggest promoters. Born under heavy musical influences within his family, Cj rapidly became involved in the local EDM scene, promoting underground music around both sides of the Mexican/American border. As a dj it quickly became aparent that his love for house music was unique, during an era where ot her genres where predominant , he began building a music collection that rapidly captured the attention of most of his peers, Cj became one of the borders more notorious dj’s, landing him numerous residencies in local clubs. In 2004 it was the start of his radio show “Nortechno Sessions” which by late 2006 turned into a monthly podcast, now called “Listen:React”, show that inmediately starting getting attention. With a growing list of international talent as guests(Mazi, Little Mike, Camea, Tim Xavier, Jay Tripwire, Someone Else, Barem, Spettro, Tyler Stadius, Mikael Stavostrand, Robert Babicz, Seth Troxler, Hakan Lidbo, Argenis Brito, Gavin Herlihy, David Alvarado, Siopis, Inxec, Fairmont, Scsi-9 and many more) Listen:React quickly became one of onlines most sought after podcasts. With the rapid pace in which the borderlands scene was growing, Cj then turned into production signing some of his early work on Netlabels such as Barfog and Miniatura, then releasing a couple of his firsts ep’s on labels such as Dialtone, Stranamente, Productos BMM and Kreativa. With a production style that has always been categorized between tech and deep house, Cj’s productions have been opening a lot of ground for him on the national stage, giving him the oportunity of playing various parts of the US and Mexico. Lookout for more of Cj’s production work on labels such as Fourth Kind, Kreativa and many others.