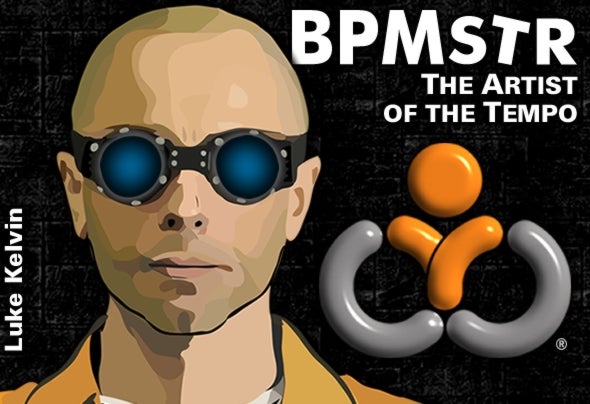 BPMstr (Luke Kelvin) exposes a new, rare and brave dimension of harder and louder dance music to capture international dance floors and club audiences. He produces powerful beats, inspiring lyrics and memorable melodies that prove one thing: his trendy title as 'the Artist of the Tempo' is well deserved. Luke's story as a dance music artist is extraordinary. He has played violin since the age of seven, but his promising EDM production career - driven by the sweet 'signature tik-tok' sound, distinct melodies, loud rhythms and beautiful noise - didn't formally begin until many years later, when in 2012 he quit his day job and was "reborn" into a full-time producer/DJ: this is when his little- known stage name 'BPMstr' and his cool DJ head logo converged into a lifetime commitment. So, although BPMstr produced his first acclaimed dance track in 2009 (known as FuseRave House), his official international debut release -The March of Attitude from TuneDome Records - is date- stamped 2013. This dynamic 'hard dance single with a soft edge' was clearly made to drive global hard dance crowds insane by its unexpected tempo swings, loud snares, and a captivatingly long three-part 'super-build' accompanied by church organ. This year holds in store over 10 new hard and loud dance tracks by BPMstr, including those with elements of house, trance, hardstyle, dubstep and hard psy: you will be swept off your feet by his two EPs, four singles and a 10-track album, all of which carry tons of hard kicks and noise, energetic drum builds, remarkable melodies, uplifting modulations, and of course, the incredible tones of his violin and the well-known 'tik-tok' motif of his analog metronome. BPMstr is a workaholic and constantly seeks opportunities to collaborate, to perform globally and to create new music forms to impress hard-dancing international crowds. You must do just three simple things to be friends with BPMstr - know how the 'play' button on your music player works, know that 'BPM' in BPMstr stands for Beats Per Minute, and know how to spell BPMstr - that's how... but BPMster is OK too if you want to "buy" a vowel! Watch for many upcoming exciting songs and performances by BPMstr as his hard beats make your speakers go tik-tok! Website: http://BPMstr.com