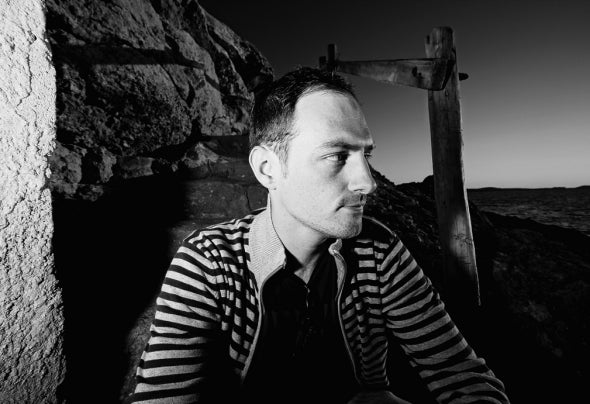 Arran Lee is a DJ and producer from Leeds, England, who has been making a name for himself within the Trance and Progressive scene in Ibiza, the UK and USA over the past few years with his DJ sets, and who is now making his mark on the production front as well with a string of well-received releases. These include his first vocal track ‘Find Me’, released on Subtraxx Records, a sub-label of the mighty Bonzai records, which was included on the ‘Nukleuz in South Africa 2’ compilation album, and ‘The Movement EP’ on Global State Recordings which garnered support from industry heavyweight Markus Schulz amongst others, was a featured track on Audiojelly and was included in the prestigious ‘Hot Picks’ on Satellite Records. Notable support on his latest release ‘The Culture’ includes Markus Schulz, Brandon Block and Rene Ablaze.In June 2012 he took on his third, and most prestigious, Ibizian residency thus far, taking over the reigns at the infamous venue Tropi, in the vibrant San Antonio area of Ibiza, demonstrating his versatility with nightly six-hour sessions of progressive and trance, wowing visiting clubbers and promoters. During his time at Tropi this summer, he has performed alongside John O’Callaghan, The Thrillseekers, Daniel Kandi and Bryan Kearney, as well as playing to a visiting Carl Cox, just some of the industry heavyweights who frequent the venue. ____________________________________________ Arran initially found himself drawn into the club scene through his love of trance music and would regularly attend the UK’s leading events such as Gatecrasher and Godskitchen as a clubber, watching masters of the craft such as Eddie Halliwell, Matt Hardwick and Armin van Buuren perform. Realising he was into the scene for more than just a night out, it wasn’t long before he was buying his own vinyl and first set of turntables. His passion was growing, his tastes evolved and expanded, and he started playing out at house parties and local nights. This allowed him the opportunity to hone his skills ready for the bigger stage and, in doing so, quickly developed a loyal following that encouraged him to go further. By the summer of 2007 Arran was playing regularly in Ibiza with frequent gigs at renowned beachside location The Orange Corner, following which he went about setting up his own events back home in Leeds and which saw him run a series of events at Bar Home, where he hosted DJ’s such as former Godskitchen resident AJ Gibson before moving the parties to legendary Leeds venue Stinky’s Peephouse, the former home of Digital Society and Back2Basics.2008 saw his first track receive plays out in the main room of Ibiza super club Eden, and a third successful season on the White Isle was completed in 2009, playing guest slots at venues such as Kanya, Café Paradiso and pre-party events for Tiesto’s weekly parties at Privilege.In the summer of 2010, he took a big step forward in Ibiza, as weekly resident every Sunday night at the 400-capacity V Club in San Antonio. This was supplemented with a weekly residency at The Orange Corner, playing an extended 3-hour set every Monday. Around this time he began a weekly radio show entitled ‘Music Therapy’ on Ontario, Canada based station Danceradio, which, after receiving positive feedback from listeners and station management, was moved to a more prestigious Friday evening slot just prior to the first anniversary show in July 2011. Post- Ibiza, in November 2010 he became monthly resident for Tranceology in Birmingham, England, and made his debut in mainland Spain with gigs in Burela and A Coruña, as well as his Japanese debut in Tokyo that same month.Early 2011 saw him make his first appearance in London, at acclaimed Clapham venue Inigo, and make his debut in the United States in Rochester, New York at Decibel, before resuming Ibiza duties in May. In November he made his debut on the West Coast of the USA, for a gig in San Diego that was so well received, he was invited back to perform in February 2012 and again in November that same year. He added a second radio show to his portfolio in September 2011, as host of the Clinik Sessions which aired weekly around the world until before being discontinued so he could focus on his new upcoming weekly podcast ‘Going Global’, which will better reflect his musical tastes.Never afraid to surprise the crowd, Arran’s musical style is constantly evolving and draws upon a range of styles and influences, with his upbeat and accessible sets of high quality electronic dance music ensuring that everyone who witnesses him perform eagerly awaits his next visit.As Arran says “I have never played tracks that I don't personally like and for me, it’s about the journey more than just ‘the drop’. I don’t think that genres within dance music, particularly trance and progressive, are as defined as people may think, and I try to reflect this in my sets, preferring simply to play tracks, which have the elements in them that I look for, and from these, which best suit the crowd in front of me.”