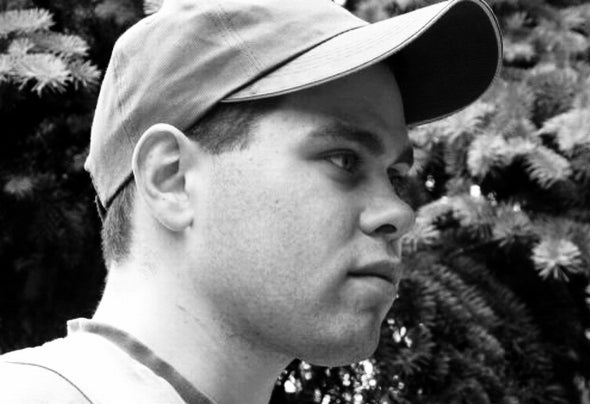 bio : 1997-2000 - graduated from music school number 22 on guitar . Participation in an ensemble performance and competitions with prizes. 2003-2004 - probyval write the first tracks in the fruit but they were without syrie squares ( toist cycles) but rather unique and it all started ! I realized this is my sound producer ! 2005 - Graduated from the School of Dj- s FLY-Music-Production, www.flymusic.com.ua Studied with such famous Dj- s as DJ Dima Fly, DJ 7Chuk, DJ YURI 2005 -2006 - I try to write new tracks already correctly ( in bars ) and mastered by . Active participation and events on svaem stream graduates with Dj- th school ! 2008 Writing and organization of their trekov.Provedeniya summer Open-Air- s . Shared the stage with such Dj-Dj Ugin, Dj Lyamur, Dj Smolniy, Dj kisliy, Dj Paco, Dj King Leoric, Dj Kaznov and so on. 2009 - Issue of releases on labels such as Freesound records and S & K records. Getting into the top - 100 ( on Recordings.ru) for the year in style techno c track Tech love!!!! And of course, Open-Air- s and speeches on them ! 2010-2011 - signature of a contract with the label ILISHO records ( ilishorecords.org.ua) and release their relizov.Popadaniya in the top for the month and www.Junodownload.com beatport.com.Vystupal on the same stage with such artists as ILISHO GROUPE, ANTONIO BREZZA, DR. NICE, DR GAP, TERRA4BEAT, KLASTER, Mr.Gemini and so on ... 2013 - signature of a contract with the label Techno life records.