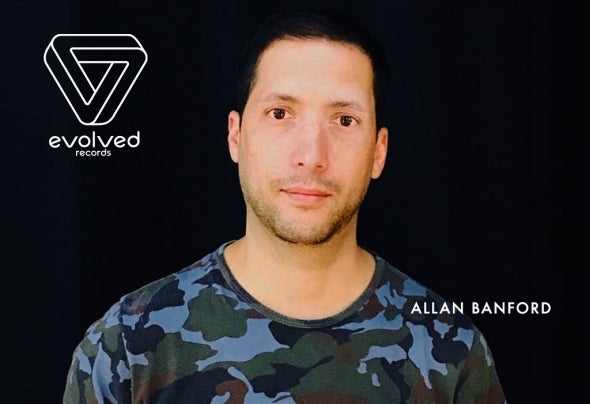 Allan Banford follows the concept of constant creative evolution, identifying the boundaries between consciousness and reality his productions capture movement and emotions, revealing an inseparable relationship between dimension and space, this conceptual approach produces a unique multi-layered sound. Allan Banford started as a Dj, constructing his sets from building blocks of tech-house, techno with influences from Jeff Mills, Carl Cox, Richie Hawtin among others. Allan's passion for music and his intuitive ability to put tracks together has earned his reputation to always deliver exuberant live performances full of energy and passion. As time advanced, Allan’s skills brought him to travel around the world. He set up his first studio in London, creating one of the most innovative sounds on the market. His debut EP Essential Elements released by SLS records, the Swedish label that gained world-wide respect thanks to the support of Jeff Mills in his DVD The Exhibitionist was closely followed by a succession of top quality productions, including Best of British, released on Carl Cox's label Intec Records. The demand of his productions push him to found Evolved Records, for established artists interested in experimenting with new genres; Evopro Recordings, for promoting new talents and NB Records exclusively for Allan's audiovisual productions. NB Records received great support thanks to the quality of the video presented in the launch EP "Here We Are", broadcasted by MTV Dance and the Slices Magazine, which Allan shares with Sven Vath, Heartthrob and Ellen Allien.