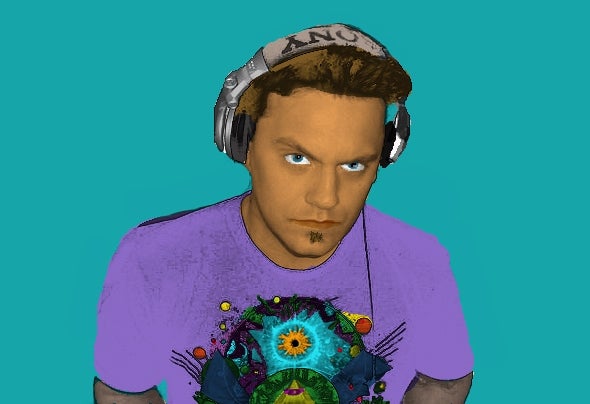 AARTAAarta (born Christopher Lee) is a DJ/producer focusing on soulful, technical, house music and downtempo. Hailing from Chicago, the House music mecca, he had many powerful musical inspirations growing up. He started Djing at the young age of 13, in a competitive scene where house music is taken seriously. To take his own music to the next level, he enrolled in Ex’pression Center for New Media in the Bay Area where he received his Bachelors in the Sound Arts program. Working in studios in San Francisco, Chicago, and in Portland,Aarta has made a name for himself as a good engineer, a great DJ, and an expansive and creative producer.He currently resides in Portland where he and his partner Douglas De La Fresca organize events as All Ours Entertainment with a crew of 15 of the Northwests best underground DJ's. The two of them also form the group The Architects, who released the original track “Telemath” on Uniting Souls Records in Seattle with remix work done by Pete Moss. The next release titled “Download the Future” with remixes done by Nonfiction, Jordan Strong, and Easily Influenced of the HAWT crew in Los Angeles. Aarta has tracks out on Native Soul, Caboose Music, Serial Sickness, Zoot Suite, writing cred on OM records, and a soon-to-be- released track on Kingz of the Jungle.The primary focus of his music is House, downtempo, tech- house, and grimy abstract mid tempo. Aartas music is wide ranging and mature with a focus on generally making people feel good. Priding himself on being a jack-of-all-trades, his music is emotional and full of movement. It spans musical styles and sonic fields, always engaging the listener and trying to make them more sensitive. His remix work of Alexander East track titled “Supposed to Be” (Aartas Architects Redesign) for 3345 Music and Planet East Records is one he takes pride in. The rising disco effects and smooth keys offer a natural complement to Alexander East’s hypnotic voice.Aarta and The Architects are writing more and more music and the future is bright for these two!2013-12-30 01:49:27 AARTA_22@yahoo.com AARTAArtist Bio