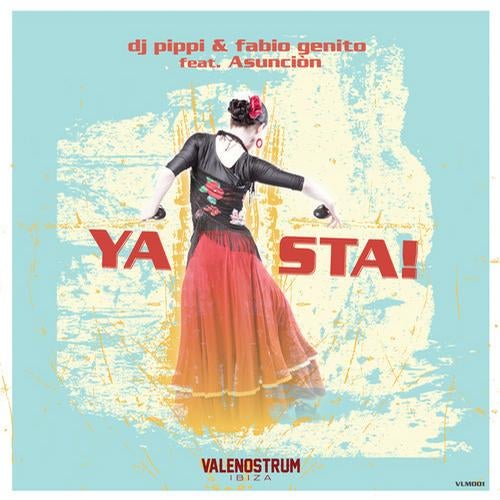 Valenostrum Ibiza is a journey,a new musical concept,recording label and studio, established in Ibiza, co-founded by legendary Dj Pippi (Pacha Ibiza) and infamous italian dj/producer Fabio Genito (Vega Records) , who naturally teamed up to create and express something very special without borders or musical limitations, which gets together the tradition of spanish Flamenco and the South-Mediterranean music in a futuristic and multicultural "deepnotic" vision , right as their "Valenostrum Ibiza Experience" at Sirocco Beach on the magic sands of the white island and all over the world.
The long awaited "Ya Sta!" is the launch release for the label and gets u into spiritual atmospheres , painted by visionary melodies and tribal lysergic rhythms over Asuncion powerful gipsy voice.
----------------------
CREDITS :

the Dub Mix of "Ya Sta!" gave me goosebumps, Amazing work here, you need it!
(Atjazz)

played "Ya Sta!" in Miami and on Casamena Radio Hour as well.hot stuff !
(Carlos Mena)

this is big! lovin it! full support. keep it up. big ups,
(Henri Kohn - Club Star)

love it! this is truely your sound and my kind of music.:-) will write about it in my monthly chart column for port01 about it. and def no1 of my monthly charts. All tracks very nice and "Ya Sta" is my favorite track.Thx for sending!
(Chrissi -Pacha Munich)

Thanks for the music! Fantastic package of deep latin vibes! All the best for the label ;)
(Aldrin - Zouk Singapore)

this project is massive my friend....already hammering it in my radioshow and i will play this for sure everywhere...really difficult to select a favorite track on this...all of them sounds amazing...
im glad to get music like this...suona da dio questo ragazzi . . . .wow che progetto . .
hugs
(Dario D'Attis - Purple Music)