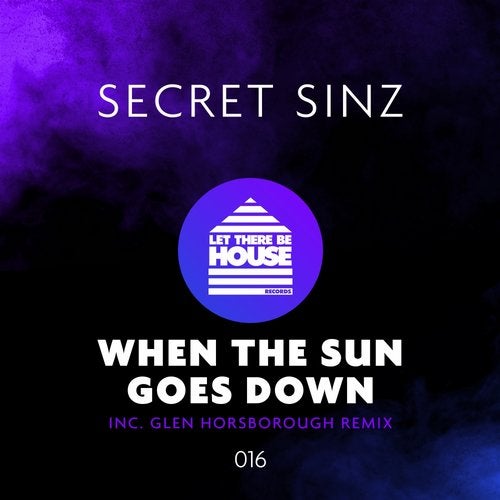 Up next on Let There Be House Records we bring you the brand new single from Secret Sinz with 'When The Sun Goes Down'.

From the UK, based in the heart of the midlands, Birmingham to be exact, Secret Sinz is a versatile producer releasing Deep House alongside big Piano vibes. His tough flowing beats are injected into his music output, full of groove and style.

With previous singles released on Blackroom Records, Freak Trix, Deep Clicks and Kidology London, we're delighted to welcome this rising star of House music to Let There Be House Records.

Check out the B-Side of the release where label boss, DJ & Producer, Glen Horsborough, features on remix duties.

Let There Be House Records.

It's a feeling of house music of the past, present and future!

When The Sun Goes Down