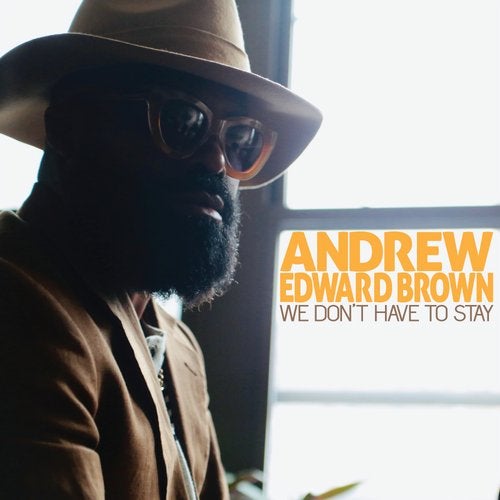 Andrew Edward Brown, music producer, DJ, and trendsetter, is originally from Philadelphia. Although, he is known for his many years of living in New York City, which he worked in the music and fashion industries. Andrew has produced many amazing records and remixes throughout the years. Andrew has produced music under many aliases, Champion Soul, Afropsychopathz and a few others. His works have been loved by many, as well as remixed by many, such as Blaze, DJ Spinna, Restless Soul and a whole host of others. Andrew Edward Brown's production is a combination of Classic Soul, Electronic rhythms and exceptional songwriting. Song: Andrew Edward Brown 'We Don't Have To Stay ' featuring Bernadette Ayers Written and Produced by Andrew Edward Brown Publishing: Steak With Cheese Publishing, BMI 'Jaymz Nylon Afro Tech ReShape' Mastered by James Thomas @ Nylon Trax Studio Executive producer: Jaymz Nylon (p) & (c) 2019 Nylon Recordings/Nylon Trax

We Don't Have To Stay