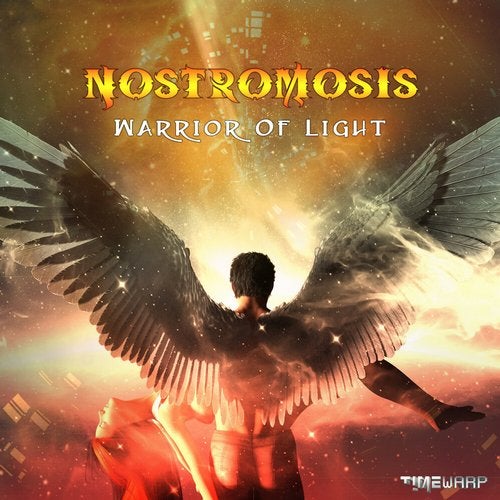 Timewarp Records is more than proud to present new album 'Warrior Of Light' made by ga trance rising star Nostromosis! Nostromosis is Igor Sidorov from the glorious city of Sergiev Posad. Trance music projects such as Astral Projection, Electric Universe, Man With No Name, etc., have completely won his affection since 1994. After his early years experimenting with different music styles such as hardcore and drum'n'bass he was able to form a Goa Psytrance project called Unknown Synthesis and soon after he updated his production level and Nostromosis was created. His first album Nostromosis - Wood Illusion was released on 'Psy-Music NetLabel' and was highly appreciated by mass audiences, and quickly Nostromosis became recognizable. Igor has been constantly working and releasing tracks on compilations while also putting out his second album Down of the Planet Earth (2013 Kissthesound records) plus two collaboration albums with fellow Russian musician Vladimir Nikiforov aka Anumana, Arrival (2012, Psy-Music NetLabel), Dancing in the Universe (2014, Timewarp) and EP releases on Goa Records and Blitz Studio, into the future you can also find his productions under a new project name, Krokokot with the ep Unannounced Visit (2014, Kissthesound records). Now his hugely successful third album, Flight of the Navigator is released on Timewarp and the project continues to evolve. Igor has perfumed his music live since 2012 as a regular participant of the various festival, open-airs and private parties in Russia and Ukraine.