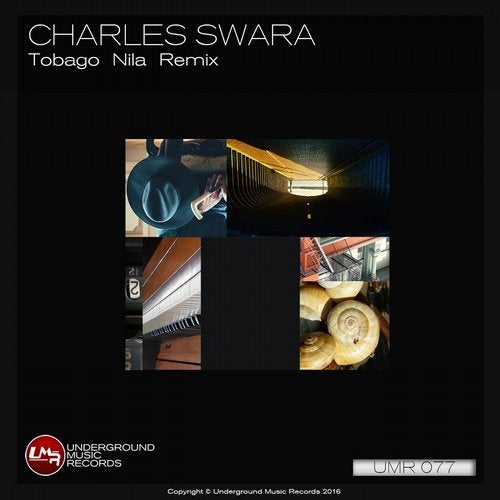 Nila debut remix on umr, hypnotic rythms following the evolving progressive sound of charles swara original... DJ and Producer born in Edinburgh living in Auckland, New Zealand. Having travelled to the other side of the world and after an extended period of time, Nila has returned to his roots... music!Nila's passion for dance music started way back in 1992. After hearing the likes of Dave Angel, Sasha, Carl Cox and Jeff Mills to name just a few. His obsession quickly morphed into a way of life and at the age of 16 he began buying records. Following labels such as Harthouse, Djax and RandS Records and after many years of DJ'ing at house parties, Nila secured his first club spot as the main act.From here he received wide acclaim throughout his native Scotland playing his own brand of sexy, progressive and tech-tinged house around the country both in clubs and on radio. He became renowned for his technical ability and delivering quality music wherever he played.Not only has Nila returned to DJing, he has been busy in the studio crafting his own unique sound with his first release DeepSine (out now on Beatport) on Australian label 'For The Record'. This track has already received play support form Nick Warren on his recent Tour to Australia. With more original music and remixes to come, For the Record will continue to be a label to follow.He also has future productions due to be released in June '14 on UK label Unrivalled Music.Nila has recently secured a quarterly guest DJ slot on Groundworx Sessions FM radio station in addition to guest slots on Innervisions Radio and TM Radio.