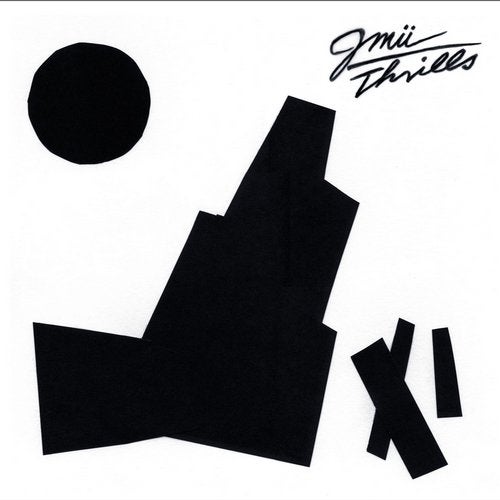 Jami Bassols has been a close member of Hivern since its beginnings as one half of Aster. Now, following the release of Noche/ Templo, his two acclaimed edits for NVH, he returns to the label with his solo debut as JMII. In Thrills, the Barcelonian producer displays a sound that's equally raw and lively, with a very personal sense of quirkiness. The title track is JMII's most expansive production to date. An uplifting house number built around an elastic bassline and sprinkled with a bubbly arpeggiated melody, echoed vocal snips and ravey pads. Bailar is a sort of lunatic take on chi-house, with a crude bassline, psychotic organ chords and feverish percussion coming together to form an ultra-infectious groove. Tightbrass follows a similar path, but conducted by frenzied synthetic horns that bring to mind a marching band of manic robots. In his remix, Comeme's Christian S. brings the track to a darker territory, reducing it to it's core elements and focusing in a nasty bassline that will for sure cause serious damage in the dancefloors in the upcoming months. The 12'' comes wrapped in a sleeve designed by Christian Schafer itself.