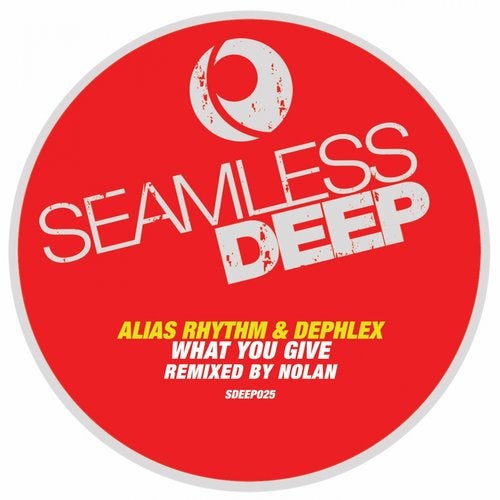 Seamless brings you the new release from label favourite Alias Rhythm and also Dephlex. Erik Machada aka Alias Rhythm is a House producer who cut his teeth on the scene in New York City. Based for over 10 years in Queens as a DJ and Beatsmith, he began his House journey on the deep side of the genre. In 2006, he teamed up with friend "The Wizard" Brian Coxx to provide a bit of production and synth work on Coxx's debut on Strictly Rhythm entitled "Soulgasm Sessions Vol. 1" He continued to assist Coxx with his original tracks and remixes for labels including Nervous Records, Soltrenz, Defected, and their own imprint, Soulgasm Music. It was in 2009 that he decided to put his own stamp on things by releasing a remix of his and Coxx's Original track "Gone" featuring the vocals of Yasmeen Sulieman on Strictly Rhythm. He has since gone on to release on other world renown labels such as Stealth, Nocturnal Groove, Urbana and Tommy Boy.

For their new release on Seamless, Alias Rhythm and Dephlex, they have produced a cracking track called What You Give. With a solid house beats and deep bassline and crafted soundscape sweeps and occidentals this is a classy house affair for those with a love of House.

On the remix front we have brought in UK producer Nolan. Straddling house and disco with a unique twist and an eye for the underground, Brighton DJ/producer Nolan is making serious waves right now with key releases on Get Physical, OFF, Nurvous, Connaisseur & Gruuv. His recent collaboration with the delectable Amber Jolene on vocals stormed the Beatport charts with a sublime remix from KANT which has spent about 8 months in the NuDisco top 100. Whilst the Finnebassen remix of Go Slow is OFF Recordings most watched video ever on youtube with over 3.5 million views already! Nolan's debut release 'Thief' which was snapped up by New York's Nurvous Records, making its way into the discerning boxes of Wolf+Lamb, Droog and Maceo Plex, in addition to being picked up for remix by Huxley. HE has since released on Connaisseur Recordings, Audiojack's GRUUV imprint Hailstorm, Chilli Mint & ALiVE Recordings. He most recently released Children of House which featured Idris Elba. His remix of What U Give has stayed truthful to the original mix although taking it deeper, and stripping it back a touch to give it more space between the elements. This is an excellent rework which is sure to take hold on many a dj set during the Ibiza closing parties.