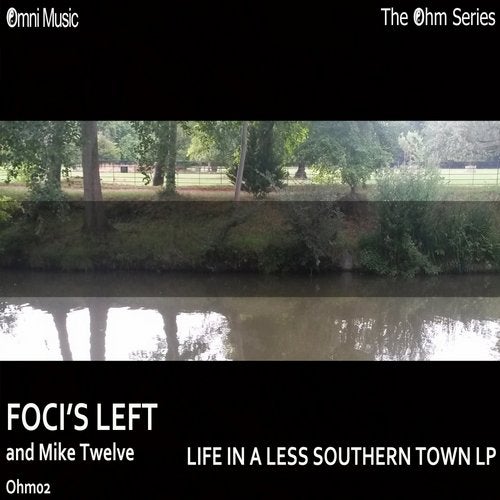 The Ohm Series continues with Foci's Left who delivers his most accomplished release to date. This LP is based on emotions Mick experiences writing music in the town of Carterton, Oxfordshire; additionally Oxford, as a means to express himself. "Life In A Less Southern Town" runs the gamut of the ambient, drone, synthesizer and modern classical worlds to offer something unique. To make it fuller, Mick called in Slowdive's (now reformed seminal 80s/90s shoegazers) Simon Scott to remix "Erratic Pathway". Scott worked with Brian Eno on the group's "Souvlaki" LP in the early 1990s, and compliments this LP perfectly, blending the original sounds into a new plain of sonic timbre.

The Ohm Series: Life In A Less Southern Town LP