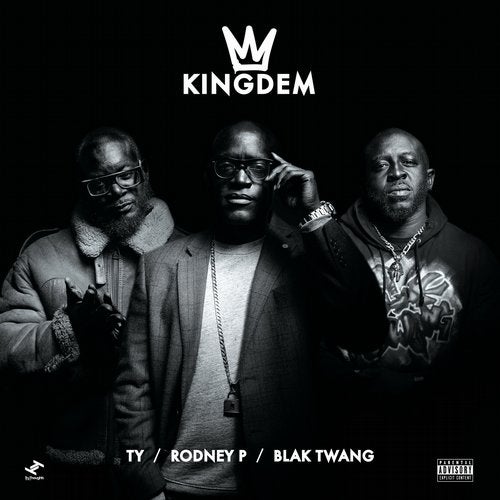 A pioneer who inspired a generation of hip-hop/grime MCs with his homegrown reggae-influenced flow, Rodney P set the scene ablaze back in the late '80s with London Posse. Continuing to release a strong collection of music over three decades, Rodney P has collaborated with artists as diverse as MJ Cole, Roni Size, Bjork and Nitin Sawhney, signing to Tru Thoughts in 2011. His releases on the label include the Sleepin' Giantz project with label-mate Zed Bias and Fallacy; collaborations with rising stars Harleighblu and Ghost Writerz and, naturally, the deluxe reissue of London Posse's seminal 'Gangster Chronicle' LP which gained praise and in-depth features in crossover press from The Wire to MOJO and beyond. Relevant as he ever was, revered and regularly featured by the likes of SBTV, Rodney P has also co-hosted the Original Fever radio show on BBC 1Xtra with Daddy Skitz and presented television documentaries such as The Hip-Hop World News, The Last Pirates: Britain's Rebel DJs and Beats, Bass and Bars, and Under The Influence.

Blak Twang burst onto the scene with his debut album 'Dettwork Southeast' in 1996 and became an instant icon for ghetto youth across the country. Producing UK hits such as "So Rotton", "Red Letters", "Trixsta feat. Estelle" and "GCSE (Ghetto Children Sex Education)", Twang is revered as one of the UK's most transparent and real MCs. One of the UK's most prolific and beloved rappers, Ty signed to Tru Thoughts in 2013. With five studio albums under his belt - 'Awkward', 'Upwards', 'Closer', 'Special Kind of Fool' and 'A Work of Heart' -- Ty set the bar for up and comers to bring musicality, soul and heart to the musical landscape.

KINGDEM - Rodney P, Ty, and Blak Twang are touring the UK as a collaborative, bringing together all that is great about UK Rap. Each King of the scene bringing their own brand of sharp lyricism, astute story-telling and bare-faced braggadocio to produce a once in a lifetime experience for hip-hop fans across the kingdom.