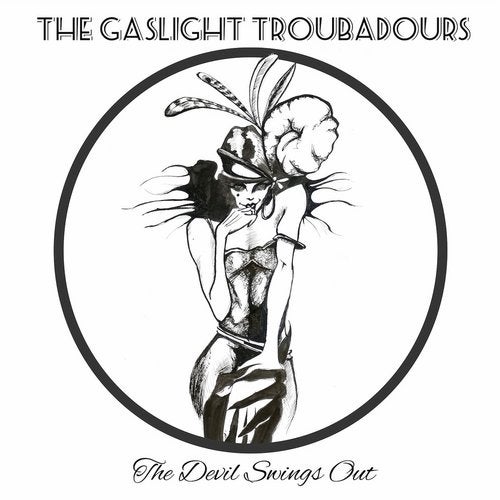 Good evening ladies and gentlemen! Who and what are The Gaslight Troubadours I hear you ask? Well the "who" are two shadowy UK-based producers named Professor Singleton Purblind and Lon Lippincott. The "what" is a sample based electronic act with a passion for exploring the darker side of the pond, whether that be from the Victorian era, the first half of the twentieth century, or anywhere else that tales their fancy.

You could describe their music as Steampunk (although less of the punk and more of the steam), you can certainly describe it as vintage, but The Gaslight Troubadours' main aim is to recreate the slightly twisted concepts that have been dreamt up in their somewhat sinister imaginations.

The Devil Swings Out is the first single for their new label Green Queen Music. Far more uptempo than the tracks on their debut album Clockwork Curiosities, the influence here is unmistakably thirties American Swing, but the subject matter is far darker than most. Less Fred Astaire, this is about the devil. It's a cautionary tale, which warns that if you carry on down a certain path in life, then the devil will come a knockin'. But is that really such a bad thing when the devil has all the best moves? You decide.

With a new dark electro swing sound the Gaslight Troubadours have once again moved the goalposts, and future releases with Professor Elemental and Marc Almond will attempt to push those pesky boundaries just that little bit further still.

The Devil Swings Out