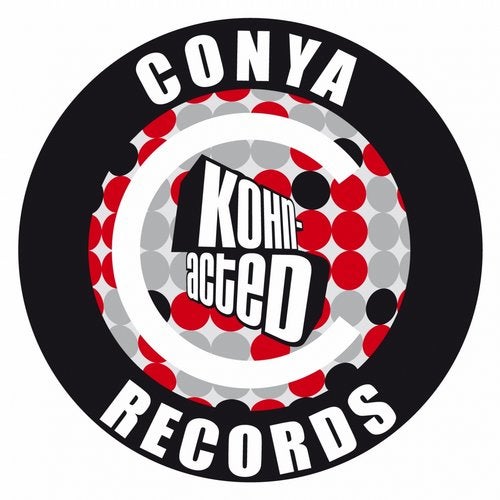 In summer 2010 Vincent Kwok, Miss Ann-P and Henri Kohn met during a gig in Calabria, Italy and as the chemistry between was right, or to quote Vincent Kwok: erste Sahne, the project Kohn-Acted was born.
The first Kohn-Acted single is The Answer, which was written together by Miss Ann-P & Henri Kohn and expresses a deeper love. The intention behind the song certainly also addresses to many other aspects of life.
The remixes were done by close friends of the family: San Francisco deep house heavyweight Vincent Kwok delivers his stunning Antwort Mix and a instrumental for the hardworking jocks on top. Tokyo´s finest Satoshi Fumi delivers raw mixes, including dub and instrumental, our main man from Rome Haldo goes deep and the latin way, while our hommies from the Brazilian Soul Crew grooving it the brazilian way. Colors Sound System, also from Brazil, deliver a full live jam of The Answer. Last but not least comes Clelia Felix from France with a beautiful laidback interpretation of the song.
House is a Healer for sure!

Henri Kohn
Born in Washington D.C. and raised in Cologne Henri Kohn had his first dj gig by the age of 17. Soon he had his first residencies at various clubs in Cologne, playing Chicago and Detroit influenced sound. Since then Henri has become a pillar of the house scene in Germany and has taken the step quickly up to the international DJ circuit and played all over Germany, Poland, France, Spain, Greece, Russia, Switzerland, Poland, Italy, Denmark, in the U.S. and the U.K, including gigs at clubs like Ministry of Sound (London), Space, Pacha, El Divino (Ibiza). To him House Music is a Healer that brings people from all cultural backgrounds together on the same dancefloor to have a good time. He is known to bring people in the Zone with his skills of reading the crowd and picking the right record at the right time. He is also the A&R of Clubstar & Conya Records and known for his tasty compilations. Check his radio show on Ibiza Global Radio (sundays 15.00 CET).
www.inthezone-music.com

Miss Ann-P
more than just a pretty face
is the message and certainly expresses best that there is huge talent besides her stunning beauty. A voice filled with soul, emotion and power. On top of that Miss Ann-P is a busy and successful Songwriter & Arranger. She was born in Poland and raised in Germany. By the age of 15, she started taking lessons at Starlight Express in Bochum where she experienced the real vibes of the professional stage for the first time. After that she performed as lead and backing vocalist with various bands & projects and was also a popular dancer for events throughout Europe & tv shows. Keeping her voice in shape by taking lessons from the vocal coach Robert Bicknell from London (Natalie Imbruglia, No Angels) she has also developed a powerful & confident stage persona & charisma. Since 2000 she is writing her own songs and is working with international djs/producers, mainly from the house/dance scene, from countries like South Africa, Portugal, Spain, Italy, England, Germany, Denmark and Russia. Her single I Wanna (with United Sounds of Italy) is out on Vidisco (PT) and was licensed to labels like Kontor & Spinnin Records and her single Feel Free with Haldo & Henri Kohn is rocking the global clubs.
www.inthezone-music.com

Vincent Kwok
Raised in Perth, Australia and breaking through as a top house music/electronica producer and DJ in San Francisco, Vincent Kwok is truly a musical citizen of the world. Establishing his behind the boards cred with massively popular remixes for everyone from underground artists Arnold Jarvis, Morrisson, Latrice Bennett and Lisa Shaw to top R&B stars like Pauline Henry of the Chimes (Heaven), Kenny Lattimore and Usher (You Remind Me), the versatile keyboardist has become a multi-faceted musical force as an artist, producer, label owner (Eight-Fifteen Records) and in demand live DJ. Vincent cut his teeth as a touring musician in a series of cover bands and original groups while living in Australia. After moving to San Francisco in the mid-90s, soon became involved in the edgy, hard grooving sounds of the burgeoning dance scene by the Bay. Learning from his experience in other genres the ultimate value of great song-writing, he believes that the key to success is the ability to write memorable melodies in addition to creating explosive beats. www.vksf.net

The Answer (The Deep House Mixes)