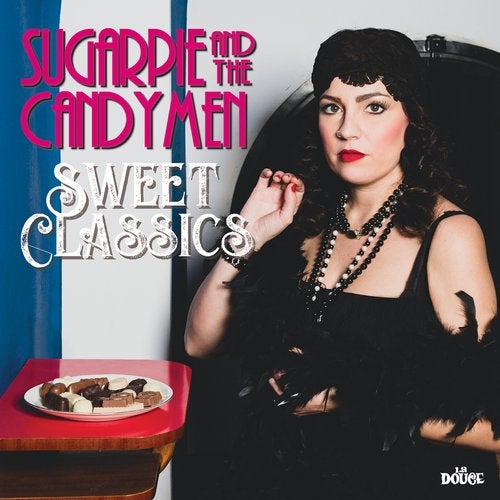 Inglese:
The style of Sugarpie and the Candymen is the "progressive swing": a mixture of original songs and evergreen rearrangements of rock, with different influences but where the common denominator is swing.
And it is with a celebration of swing that the band celebrates its eleventh birthday: instead of immersing the songs of today in a mythical sound past, they have plunged into them to retrieve a handful of classics of that unrepeatable period that were the Thirties.
They are the songs of Cole Porter and Irving Berlin's Great American Songbook and Duke Ellington's and Benny Goodman's Era of Swing, in the DNA of every American music lover, as well as every self-respecting jazz fan.
The first impulse came from the great Renzo Arbore: collaborating with the famous showman on his album Arbore Plus, Sugarpie and the Candymen recorded for the first time two old swing songs and the experience spurred them to continue.
"We especially love playing live and the feeling of risk and freshness of improvisation, and we often open the concerts with a handful of these standards," they say. "At one point we realized that these were also part of our sound, yet we had never recorded them!"
The love of "Sugarpie" Lara Ferrari for Ella Fitzgerald was another catalyst for the project. A-Tisket, A-Tasket was his first hit, in 1938, and she is linked to practically all the other songs on the record. Listening to the amazing performance of Lara, the lightness and the contagious joy of making music that were typical of Ella can almost be touched.
The only way to recreate the energy and immediacy of a concert is to record all together, in a short time, without the usual sophisticated arrangements and the many vocal harmonies. A two-day jam session at the now familiar Elfo Studio, nestled in the Piacenza hills.
The recipe is simple: beautiful songs, minimal structures and open to surprise. In fact the swinga band like never before, has fun and allows itself more extended and more daring. On the other hand, it's what he's been doing in concert for ten years now!
Cherry on the (sugar) pie, Mauro Negri, an outstanding Mantuan clarinetist and saxophonist already with Enrico Rava, special guest in the studio and more and more often also in their live adventures, which gives a precious touch, both traditional and very modern.
Here is Sweet Classics, the sixth album by Sugarpie and the Candymen and their personal tribute to the great classics of jazz and American song, reinterpreted with the usual freshness and irony that have characterized this highly original Italian swing quintet for over ten years.