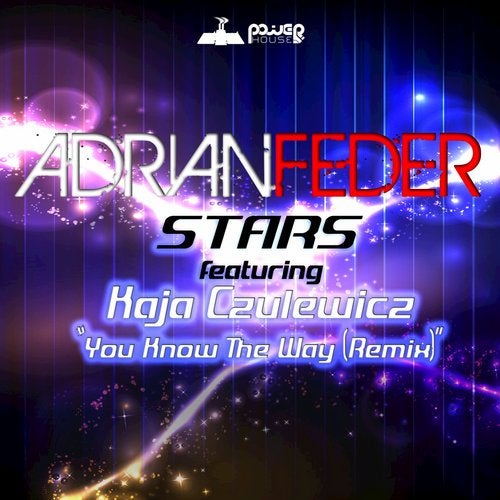 Power House presents another hot bouncy two song single from Adrian FEDER featuring one huge original track Stars which bops hard, deep, and melancholic glee building on Adrian's signature hit progressive house hooks. The single also features a very special massive dance floor filling house remix of Kaja Czulewicz - You know the Way. If you want to transpose to other level, if you want to feel the transparency of life, if you want to trespass the reality, listen the music of Adrian Feder. Since he was a child he felt passion to music. The first influences came from 80's and 90's music, being strongly influenced by Snap, Modern Talking and Jimmy Somerville. The melodies of each one of the tracks want to transmit a dream sensation and the translation to a parallel world, the escape world where everything is perfect. Just dream... and the dream will come true. Even if he produces all types of electronic music since several years, he started to release the music from the beginning of 2013, with the intention to transmit all the sensations he's feeling to the world. Signed by Power House Records in USA, several EP's were already released on Beatport and all the rest of electronic music stores worldwide. More music is released on EDM Records on various compilations. Some of the tracks are made in collaboration with vocalists in Israel and United States. Adrian Feder music is for listening everywhere and it's perfect for any dance floor. Adrian enjoys making music and he knows, that you will enjoy listening to it!