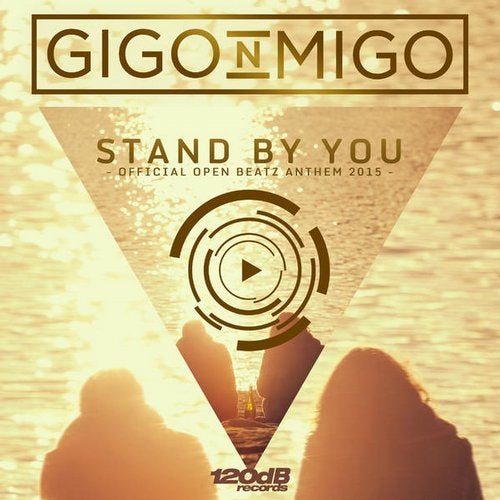 Here comes the official anthem of the ?Open Beatz? festival 2015 by Gigo'n'Migo! Last year the passionated duo released ?Won't Let You Fall? as the anthem for the 2014 Open Beatz Festival. This year they did it again: the atmospheric and catchy tune ?Stand By You? is released on 120dB Records. The Open Beatz festival is the only four-day lasting electronic music festival in southern Germany, which covers all genres of electronic music and gets some of the most famous EDM artists to Franconia: Deep House, Techno, Tech-House, EDM, Progressive House, Dubstep and Hardstyle. The Open Beatz line-up is a combination of internationally successful artists, popular German acts and a large number of newcomers. Highlights of the 2015 line-up are i.a. W&W, R3hab, Ummet Ozcan, Dannic, Lexy & K-Paul, AKA AKA, Extrawelt, Angerfist, Noisecontrollers, Wildstylez and many more. For the first time the Open Beatz festival takes place from 16.07.-19.07.2015 on 4 Areas.