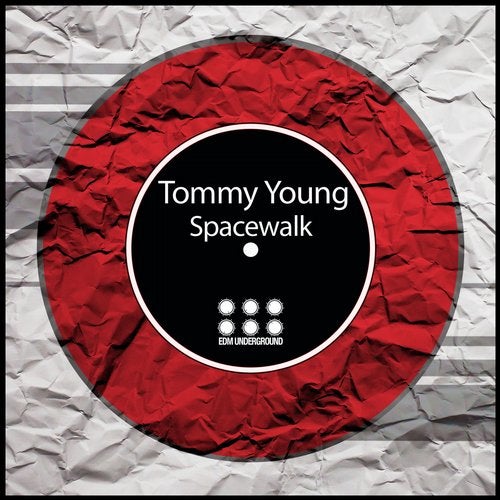 Spacewalk is the third EP by Tommy Young released on the label EDM Underground with Dub and Techno mood
Tamas Szalai was born in Zalaegerszeg /Hungary/ 26.01.1993. His career began in the late 2007. . At first he has made more popular music, and he has neglected all kinds of publishing. After it, his style increasingly focused on the deeper sounds, and at the end of 2011 he and one of his friend created a new project It was named SpecDub. After they made lots of deep-house tracks. After half year he resigned from the SpecDub project and he returned to his original project, which is named Tommy Young and He has started make deep and dub-techno tracks. His first Ep was released as The Key in 2013 February by the hungarian MANDMS Music. One track from the Ep has been successful, so it is still in the publisher's top 10 list. After it, he featured in some compilation album, and the next Ep was at the Greek EDM Underground which was named to Otherworld. It contains 3 tracks, including a remix from Ohmikron. This release was supported by Ilias Katelanos and Nadja Lind. What's more, Nadja Lind even has played it also in her monthly radio show at Frisky Radio.
His last Ep was released at EDM Underground also, and it called "Just a Dream about Deepness". Besides the original tracks, there is 3 remix from Zoltan Solomon, Krisz Deak and Avguchenko. But the surprise was the bonus track because its in the publisher's toplist beside tracks of Addex and Ilias Katelanos but the main tracks are not.
to be continued..
EDM Underground is a part of Elektrik Dreams Music Digital Label
Support Site and Social Links:
http://www.elektrikdreamsmusic.com
http://soundcloud.com/elektrik-dreams-music
https://soundcloud.com/edmunderground
https://www.facebook.com/elektrikdreamsmusic https://www.facebook.com/EDMUndergroundLabel https://www.facebook.com/groups/183311443791/
http://www.residentadvisor.net/record-label.aspx'id=9674 https://www.youtube.com/user/Elektrikdreamsmusic/videos https://www.youtube.com/channel/UCUeJSIFH7j4wBTBLrILJJdQ/videos