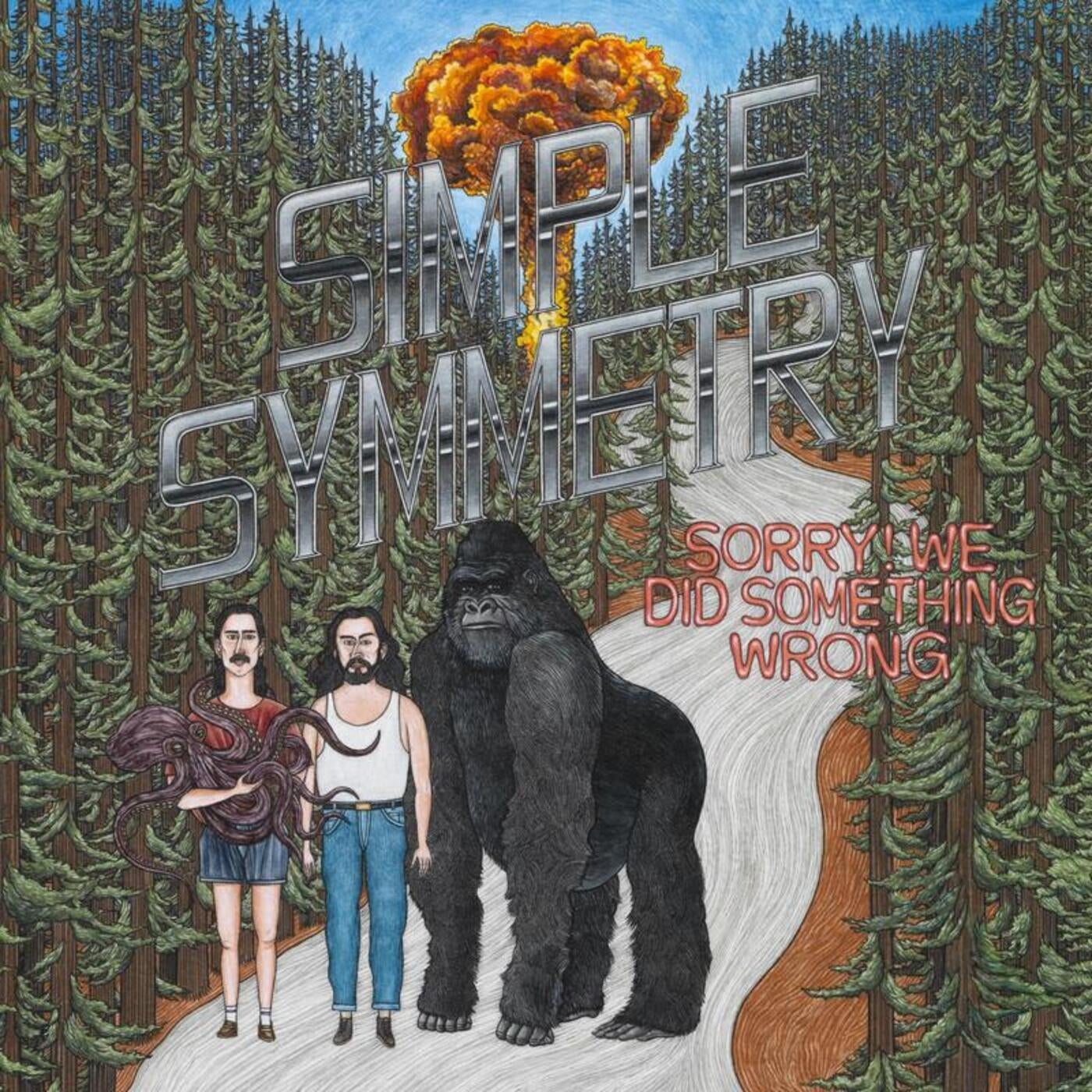 Normally records that take a long time to make can sound fractious, convoluted self-absorbed. This is not the case with SORRY! WE DID SOMETHING WRONG, the debut from Moscows Simple Symmetry, which despite taking three years to create, is a total gas to listen to.

Simple Symmetry - aka the Lipsky brothers (Sasha and Sergey) - havent really looked to reinvent any wheel, rather they have managed to collate a vast amount of good vibes and well-loved sonic conceits and breathe new life and colour into them. Temporarily ditching the electrifying dance music they are famous for in favour of a universal pop sound - replete with flutes, cello, all kinds of percussion and synths, sitar and guitars - the brothers have made an upbeat and incredibly accessible record; a tonic for these uncertain times.

At first glance, some of the titles: End of Days, I Must Not Fear, Oh Lord, and Out Of Body Experience dont suggest the expansive and very danceable soundtracks we get to hear. But with the aforementioned tracks and rug cutters like Che Che, Simple Symmetry reexplore those moments in the early-to-mid 1990s when artists like David Holmes, St Etienne, Andrew Weatherall and Death in Vegas looked to plunder the grooves and licks of the 1960s and early 1970s. The bell rings, flutes, harpsichord and vocal harmonies in End of Days, for instance, suggest the Beach Boys at their most laid back and sunkissed. Or The Monkees when they chowed down with Zappa and made Head. Even the countdown makes direct reference to the 60s Space Race. Sometimes, the Lipskys reappropriations of these kinds of moments in popular musics history are so brazen its best just to laugh at the sheer cheek of it all. Whilst shaking your hips, of course. Life-affirming, comforting even, SORRY! WE DID SOMETHING WRONG shows that old tricks can still be magical if used with the right spirit.

This record is also the sound of coming together. Literally, as well as metaphorically. Simple Symmetry confirms that there were many collaborations with artists we love and admire from all over the world, from Russia, Israel, Germany, UK, Brazil and the USA. Including a guest vocal by their good friend Petr Chinavat on the beautiful, hippy-dippy technicolour paean to one of the oceans most mysterious creatures, Octopus

After a while its impossible to think too critically about the whys and hows, especially when confronted by floorfillers like I Must Not Fear or the marvellous, gonzoid Koko the Gorilla which stomps its way through the simplest, sugariest of melody lines and throwing out kooky vocal samples and comic roars for good measure Koko turns up on the album cover, courtesy of Athens artist Dimitris Rocos. In a way the beast is a spirit animal for this release: in your face and brazen but (to steal a lyric from Julian Cope) kinda cute. For those needing some respite from all the high jinks, there is plenty of space to sink into a pleasant reverie, courtesy of the Gong-like comedown that goes by the name of What A Relief and the Glide-tastic Rounded with a Sleep; both of which allow the gentlest of comedowns in your favourite seat at the Korova Milk Bar.

Sorry! We Did Something Wrong