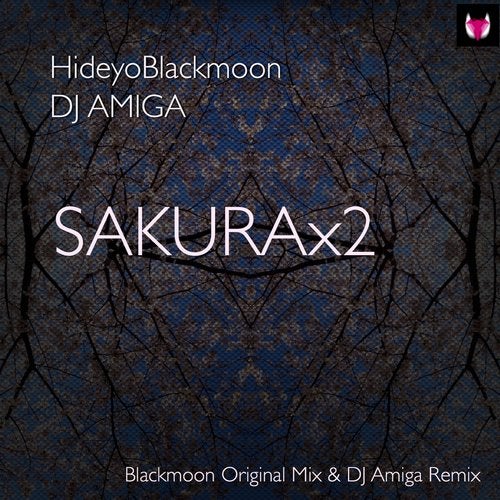 SAKURAx2 are 2 Techno tunes, cover of an old Japanese master piece song about the Cherry Blossom, delivered by two Japanese female producers, original tune by Hideyo Blackmoon and remixed by DJ AMIGA. These tunes promise to uplift dance floors during the season of the cherry blossom or at Japanese hip style dance shows, and boost high energy & mystical feelings for any occasion creating powerful moments. This is a unique concept, which could have been achieved by none other than this Japanese female composer.


Hideyo Blackmoon - internationally recognized electronic music composer, vocalist and DJ,  has lived a nomadic lifestyle worldwide for decades. She has been performing Chill-Out, Techno and PsyTrance music at world renowned outdoor festivals, as well as local & well-known party venues in Ibiza where she has been based for the past 10 years. She has been producing constantly and has released 3 solo albums, 1 collaboration album, collaborative tunes as well as a solo project combining several styles.


DJ AMIGA - a successful Composer, Producer, DJ, popular as an exceptional female artist who stages a variety of spaces with different techniques of sound created for top underground clubs, museums, luxury hotels, high-end fashion & jewelry brands. She has produced for CFs, DVDs, motion picture sound tracks also creates visuals.  She is often invited to perform on international stages in Asia, Russian, North and South America and Ibiza etc. She has released 3 albums, a DVD and 2 maxi singles as "Electric Lovers. The success of this project gained her instant recognition as a top artists in the electric music scene. She has since produced many more tunes, remixes and soundtrack.