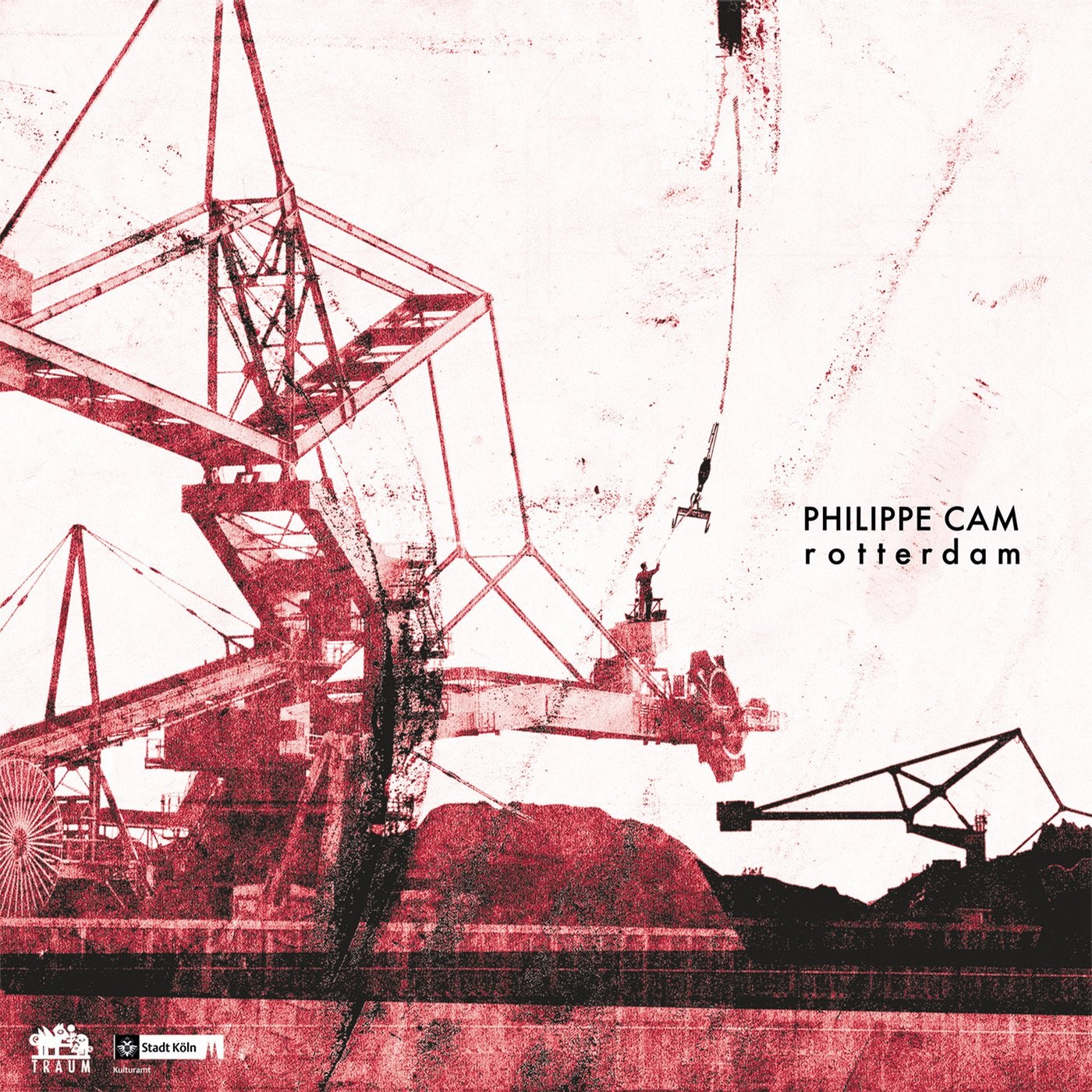 Philippe Cam is the Thomas Pynchon of the electronic music world.
Little is known about him and only a couple of pictures have been put online since he emerged on this planet to write his first and only album18 years ago. We know he worked as a sailor and thats it. If you dig deeper you might find out that he worked as a DJ in the beginning of the 90ies in Brussels and began to study electronic music there and also began to write music for theaters and ballets.

When his first album "Balance" (Traum CD3) was released on Traum heThe American distributor Forced Exposure once wrote that about him:Philipe Cam is a star in his own field. He is among the few people who have succeeded to write hypnotic dance music without a conventional beat still conveying a thrilling, dramatic feel. Cam has developed an accurate, intense and complex formula of modulation-techno. Starting with music similar to Pan Sonic in 1996, his music turned towards a more elegant form of minimal music. Abstract soundtracks lead to an organic form of music, which was equally influenced by modern techno as Wolfgang Voigt's Studio 1/Gas or Basic Channel/Maurizio. Cam's music corresponds heavily to the Cologne scene, where his music is appreciated and played throughout the clubs by the likes of Michael Mayer, Tobias Thomas and various other DJs as well as experimental djs from the A-musik corner.

So whats new with his music? Basically the art of filtering is still his passion. Maybe he can be less associated with techno and the themes of his new tracks emerge in a more distinctive pattern? Well thats hard to say, we would comment the energy of his early techno days in Brussels have returned here in a fierce way with some oft he tracks. The rhythmic movements are classy and stick with you. Whereas other tracks look for a distinctive relaxation of some kind.

We are releasing the album as a double clear vinyl with cover art by Yvette Klein who also designed the cover for his Philippe Cams album 18 years ago. Graphics for "Rotterdam" come from Cologne designer Daniela Thiel. We also would like to thank the cultural department of Colognefor supporting us to finance the album and to see the artistic value in this piece of minimalism.

The album kicks off with the mellow and soothing "Cocoa Beach". A Gentle beat that moves like bodies swaying in the hot summer sun.The clock moves a step forward and then a step backward as evolution takes a rest.

"Manga" feels like an acceleration to the moon, the contemplative moments come in spurts and hide in the intervals of the chords which are on the loose. Philippe Cam is the most energetic person in the world when it comes to core activity, this is head banging stuff for the ambient lounge.

"Short Summer" is a heavy and violent recognition. As intensive as it is it knows when to stop and disappear. In the ear and brain of the listeners it leaves an indisputable echo which lingers on for minutes. We suggest not to make a pause but jump directly into "Vermillions Sands".

What can be said about into "Vermillions Sands"? Be prepared some Terry Riley might lure around the corner to offer you some oranges on a silver plate, but dont eat them. This is luring and beautiful at the same time. Maybe the best ambient track ever written and yet who can ever venture to say that without making a fool of himself. "Vermillions Sands" comes in waves and they could be longer we think."Rotterdam" the home of Philippe Cam for a long time but not anymore. He moved away. So that changes the perspective. But when was the track written?

"Rotterdam" seems mechanical and rusty and spooky and divided. This arrangement is very different to all the other tracks so far and is almost dub in style but way more fractured. A steady stop and go emerges. But the longer it runs the better it gets. At minute 6 the brain resets itself and tries to grasp what has happened so far, reconstruction as a result of its own phantasmic imagination and hardly true at all, wonderful. Applause included!

Here comes "Bis", a short episode of a track and before we can comment on it, it is already over.

"The Game" is a mule of a track. It has a quiet stubborn sequence that bites and kicks you in the back without any change in near sight.
We can hear a voice whispering, which sounds like a miniature vocoder featuring the voice of a child calling out - never stopping. This is treadmill to some extend but starts to breathe towards the middle of the track and slowly changes perspective. In fact there are some changes taking place here which go beyond a sound design that works heavily on the stereo image.Stick with it and the experience will be a great one.

"Ultimate Fly For Halloway" somehow orchestrates how you might feel after you climbed a 8000 meter high mountain and reached the top. A rejoicing off a special kind. Lava for the ears. No cheerleader murder plot sorry.

"Last Track" is a perfect example of a true minimalistic pice of music that manages to makecontact with other genres and does this with elegance, determination and a lot of soul.