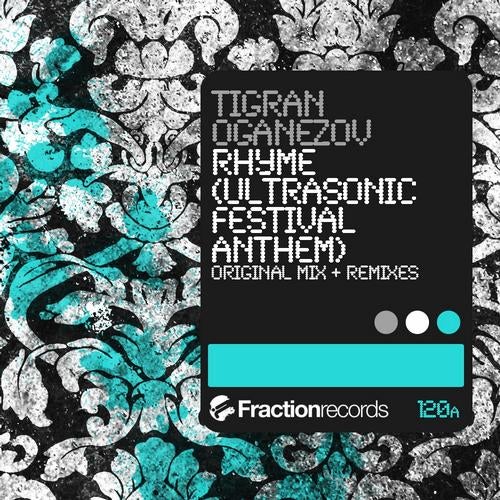 Tigran Oganezov has provided bomb after bomb on Fraction Records over the last year, and this latest release from the Ukrainian hit-man shows once again just why he is rated so highly around the world as a DJ and producer. Now, Tigran brings us the Official Ultrasonic Festival Anthem with 'Rhyme' - another mind blowing slice of big-room genre-twisting trance for the masses!

The Original Mix feature all the key ingredients of a sure fire festival anthem: slamming kick drums, sub crushing bass lines and extra large hands in the air hooks fuse perfectly resulting in a real crowd controller of the highest order. Already firmly road tested and unleashed at Ultrasonic to huge reaction, this one is set to EXPLODE!

In the package, 4 carefully picked remixes have been included to add further dimension to the release. First up, fast rising Fraction favorite Chris Cortez is on hand to deliver the goods once again with his energetic blend of peak-time madness, while Andrew StetS delivers a white-hot rework featuring explosive percussive sequences and intense melodics. Next up, Lost Connection take the track firmly into deep trance territory with a really powerful edge before Roman Sokolovsky & Septima seal the release in spectacular fashion with their atmospherically charged mix overflowing with character and vibe throughout!