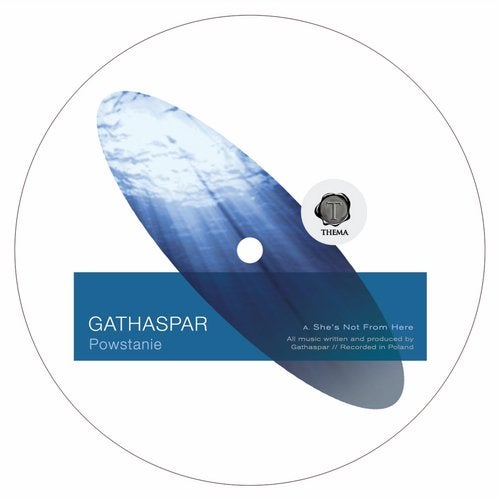 After ushering in a raft of releases from top talent over the last year that turned quite a few heads, we over here at THEMA thought it was time to assert our own opinions a bit more forcefully. We certainly appreciate all the support we garnered from the Detroit drops courtesy of Norm and Terrence, and sliding over to the Smallville end of the spectrum with Rau and Suburb certainly didn't lose the thread either. Sometimes it's easy to build a vibe on the backs of others rather than on simple merit though. With that in mind we've taken our own path since then, and the recent successes from Beaner and Laurine Frost stand alone as the accolades keep rolling in. Continuing on our outbound trajectory, we present the solo vinyl debut of Gathaspar, the mysterious Polish producer who has been making noise mostly in Berlin and to the east. For someone with such a developed sound, he's made precious few appearances before and can count only a single track on Freude am Tanzen, a split album with tech-house legends MRI on their own Resopal Schallware, and scattered digital drops up until now. But since exposure and talent are rarely aligned in the fickle techno world, THEMA is proud to present Gathaspar's debut vinyl EP in another move sure to challenge both listeners and preconceptions.