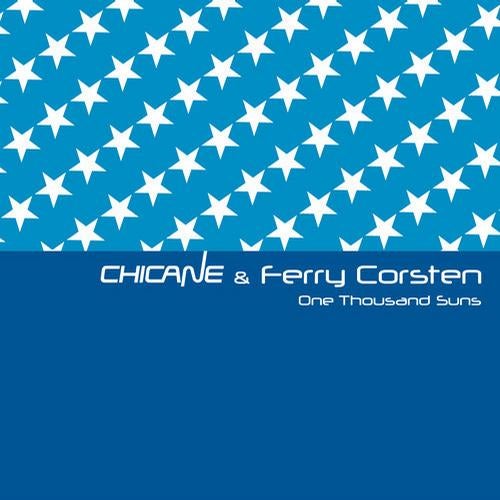 The summer of 2012 sees two of the biggest names in EDM join forces, 'One Thousand Suns' is the lovechild of Chicane and Ferry Corsten. Both these artists have made a tremendous influence on the global dance scene, being pioneers of the early trance movement, with a desire to push boundaries wherever possible.UK producer Nick Bracegirdle, the mastermind behind Chicane, is hot off the release of his fifth artist album, 'Thousand Mile Stare'. But despite the success he's had with it, there's always that restless, unfulfilled feeling, a craving for more musical progression. Anyone that knows Chicane will know there is a track record of collaborations and now he has hooked up with Dutch legend Ferry Corsten.Their combined strengths resulted in the warm, flowing tune of 'One Thousand Suns'. A summer anthem in all ways and means, honouring the Balearic spirit.Mixes include the proggy Disco Citizens remix, Canadian producer Soundprank delivered a playful prog-house remix and Danny Howard rocks 'One Thousand Suns' with loads of energy, electro shocks and maddening synths. One Thousand Suns - shine on