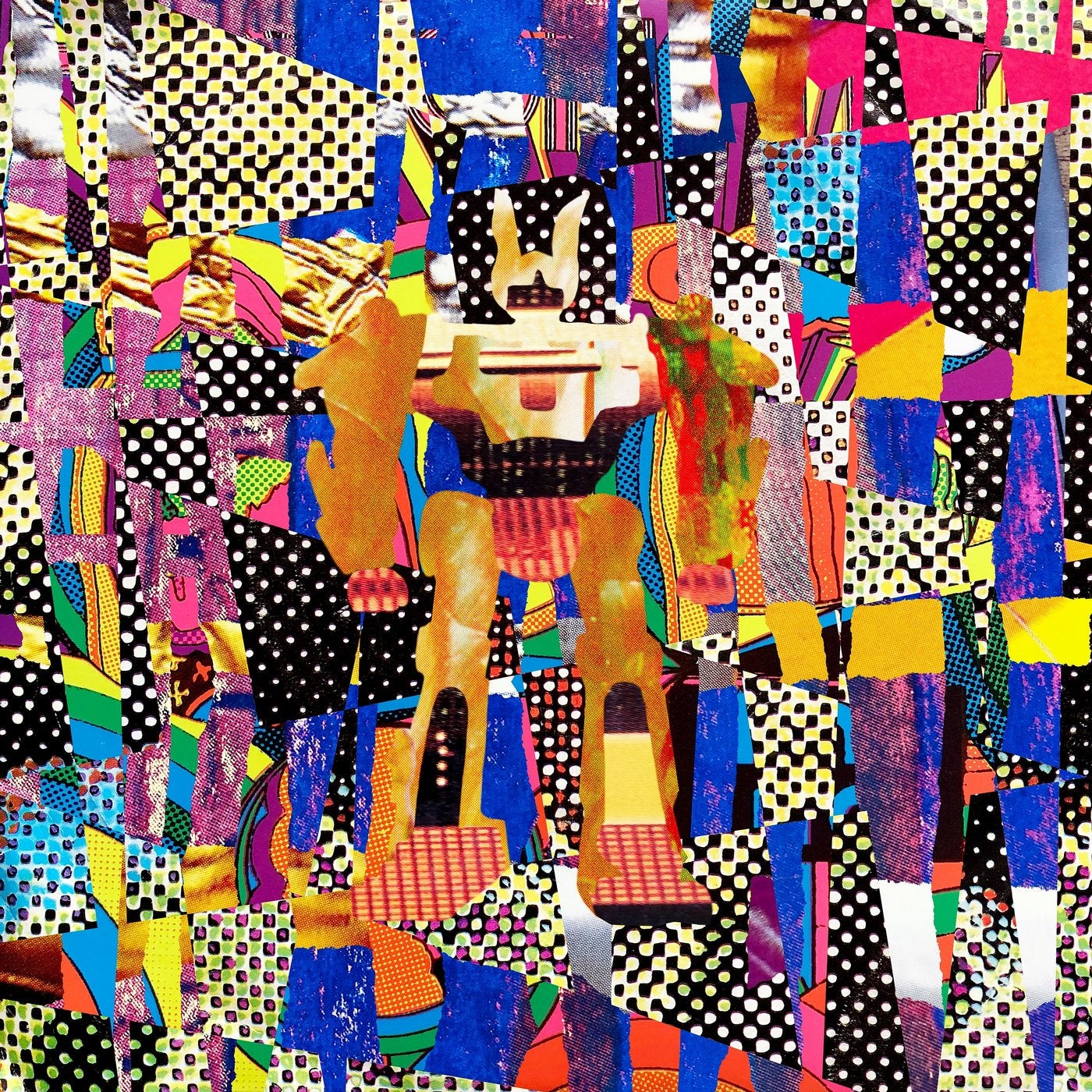 Deliberately breaking all the rules Mr. Hornby once famously outlined regarding the creation of homemade (tape) compilations, Saroos' members indeed had the term "mixtape" on their minds while working on their latest full-length – albeit in the hip-hop sense: a sonic snack box, interconnected shots from the hip, something that just came together and immediately felt right.

Whereas hip-hop folks nowadays often use the vacuous term "project" in order to steer clear of the ontological debate caused by the almost synonymous use of album/mixtape, Florian Zimmer, Christoph Brandner, and Max Punktezahl, otherwise busy with The Notwist, Driftmachine & Lali Puna, stick to the classics: their new 16-track project "OLU" (Off Label Use) is, officially, still an album. But it's wild and vibrant like a mixtape, interwoven like its cover: a seamless burst of ideas, impulsively combined to form a split-screen snapshot of recent moments and momentums.

Re-appropriating the term "Off Label Use" – which actually means: using prescription drugs in ways that aren't mentioned on the instruction leaflet – in their own "off-label" way, Saroos never sounded more loose-limbed and elastic. Whereas the trio's earlier releases were rather conceptual and homogenous, "OLU" indeed has a more loose, spur-of-the-moment feel, a spontaneous force at its core. Checking the weighty sci-fi inspirations at the door, they use that Bomb Shelter-type of freedom to reinvent themselves at every turn, chasing sounds that happened to emerge in the group's triangular energy field.

Kicking it off "with a killer, to grab attention" (Hornby/Cusack, after all), the massive reverb-stumblin' adjustment between beats and bass of opening track "Quarantaine" cross-fades smoothly into "Humdrum Rolloff," an early hint at the group's off-label practices: the underwater creepers floating around here were really voices (mostly). From majestically built oriental sound-pieces ("Looney Suite Serenade"), synth-based "End House Mario" and a triptych of speaker-boxxxing gas lamp experimentations entitled "Cord Burn 1-3," Saroos have rarely sounded this playful and unrestricted: there's a new energy at work that welds all the different sonic playing fields together to create one continuous 40 minute mix.

For the B-side descent, "Tatsu Jam," at less than 4 minutes still the longest cut, billows over the kind of sizzling hi-hats you'd expect to hear on real trap tapes from Hotlanta. A prelude to a bunch of quicker-paced instrumentals ("Scratch Pets", "24h Love Gumbo") and ambient sun showers, until the next "Plateau" (Mo'Wax vibes!) brings the beats to the fore once again ("Tomorrow's Kudos"), and the ultimate "Whirligig" sounds like a mix of Oktoberfest 2020 and Johnston's "Casper The Friendly Ghost" coming apart at the seams.
Whatever you wanna call it – album, LP, mixtape, project, who cares? –, it's definitely a double A-side tour-de-force.