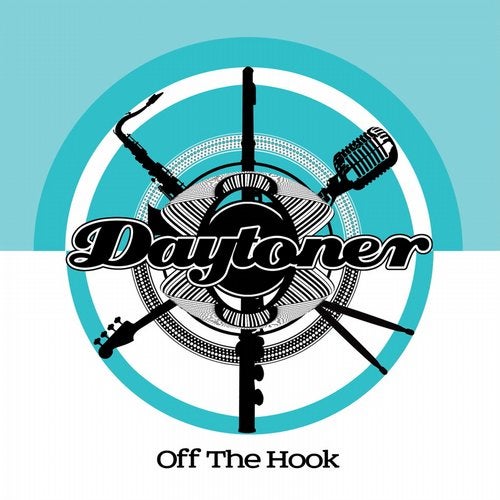 As a producer, Daytoner has supplied DJs with funk, soul and ska edits since 2009, but in 2015, an experiment to embellish his DJ sets with live musicians rapidly evolved into a full live band and when vocalist and former collaborator Lucy Richards joined, their live line-up was complete.
Daytoner's band have since performed live at over 30 festivals including Boomtown, Bestival, Secret Garden Party, Wilderness, Lovebox and Boardmasters, plus special events including the grand opening of the new Blue Whale Exhibit exhibit at The Natural History Museum. This stage time has shifted their act from a 'soul remix' show to a set full of their own floor-filling originals ranging from new northern soul stomps through to brass and breaks fuelled end of set anthems leading Craig Charles to tweet "Daytoner are my new favourite band. Fact" at a club support show in August 2017.

After hearing Daytoner's 'Shedits' of vintage breaks, the band spent 18 months meticulously writing, replaying and recording soul, jazz, funk and swing hooks to accompany Lucy's tales of love and loss, friends and foes and the strange times we're in. Moss then got to work the bands' brass, bass and breaks into dance floor shapes, but there's more intimate moments too, such as 'Stop & Go', an original showcasing the bands stripped back songwriting. The title of the LP, 'Off The Hook' refers to Daytoner's shift from programming crate dug studio samples, to working with 8 musicians to create a sample-free soundtrack suited to the soul-soaked delivery of Lucy's lyrics.
Tracks from the LP have already received numerous plays on BBC6 Music, BBC Radio 2 and BBC Radio One and the release has been repeatedly championed by Craig Charles and Chris Hawkins. Their's also been reviews from Juno who said "its every bit as varied, infectious and feel-good as we hoped it would be", Monkeyboxing who awarded 5 stars and said its "off the hook indeed!" and KBPS called it "a vibrant, warming, soulful summer classic that will put some funk into your life".
Daytoner have already played 4 UK festivals in 2018 including Shindig and The Great Estate with Craig Charles and there are a further 10 shows to come this Summer including performances at BST in Hyde Park, Kendal Calling, Green Man festival, Boomtown Fair and a performance on the beach at the UK's only official beach venue, The Watering Hole in Cornwall.