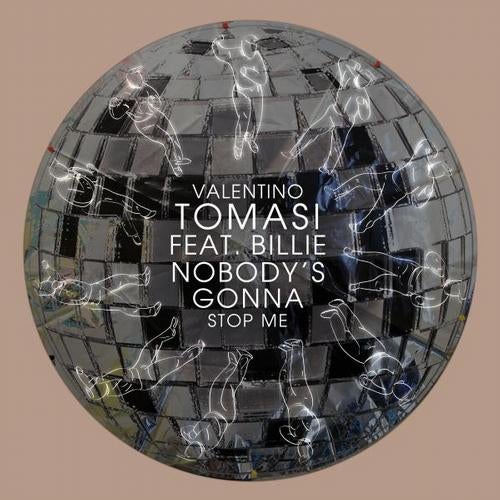 Le Bal Records' new release goes disco Valentino Tomasi has gained his reputation as collaborator of electronic artists like Kalabrese, Manuel Mind and Domenico Ferrari, as producer of Swiss rappers like Big Zis und Kutti MC and as resident in a local jazz club in his hometown of Zurich, Switzerland. In this first real solo release of his he can rely on this wide stilistic background while he pays some respect to his musical roots. With the Original Mix of 'Nobody's Gonna Stop Me' he presents a proper disco track. With the voice of 90s New York house queen Billie Brown (H2O 'Take me Higher'), some funked up rhythm guitar and synth riffs, the inevitable laser jazz piano and a solid disco bassline, the song sounds as if it came straight out of a 1981 time warp: full of relish, a piece of timeless dance music, just how disco needs to be. As their names suggest, the Tomasi Remix and the Tomasi Dub hail from the same producer and give us more electronic, tasty mixes in the original tempo. It's balearic nu disco feel is accentuated by a moog bassline taking care of the lows and never-ending dub feedback which flies over the 808 beats, creating a hypnotic drive. The release is rounded off by David Suivez' pumping remix which despite its four-to-the-floor beats, given its slower groove, enters the R'n'B slow disco domain. The sophisticated phrasing of the vocals, the ethereal digital arpeggi and pads as well as some serious sidechaining take the track into the 21st century.