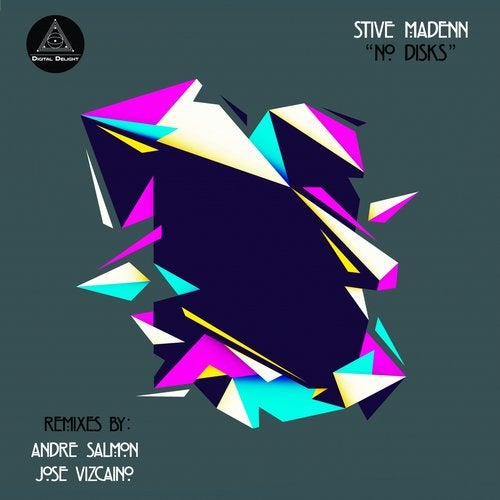 Dj and produccer COLOMBIA - BULGARIA Born in Cali (Colombia), due to the influence of electronic music, especially in the House, we have been interested to discover the different sounds of the genre, making do as a DJ of electronic music. Handling a unique style in the scene, and in each of his appearances, driving total mind emotional music, which makes the public the depths of his being, in an emotional ecstasy, living in a time of the perfect harmony between being and music. Play music as a recognized artist More Trentemoller, Steve Angello, Sebastian Igrosso, Sebastian Leger, Chris Lake, Richard Gray, Pier Bucci, Stefano Niosferini, Carlo lio, Julien Chaptal, Distric One, Joseph Capriati, Kaiserdisco, Crhis Leibagh, Richie Howting , Mistress Barbara, Ahmed Sendil, Xpansul, Phunk Investigations, Old school, Duo, Uto Karem, The Advent, Monolloc, Pfirt, Brian Sanjan, Carl Lequebuchs, Luserkitchen, Tonny Rohr, among other international artists. The fusion of these sounds in a harmony that awakens your senses and have a world where sounds awaken your body. In this year decided to explore new projects, the sounds and ideas, the leading producer has been focusing hard on finding new harmonies, focusing on the music of royal power. From its first product. The defections (Originalmix) With the seal of Mexico Afterborn and EMOTIONAL productions MADNESS OVERLINE RECORECORDS stamped Medellin Colombia at this time working on new productions full of different sounds in order to awaken the love of harmonies. I like the music at all times as part of my life, I continually hear both my productions as those of other artists from around the world, I have been influenced by gender and that Europeans have a completely different style of Latin, so I think the importance of electronic music is the perfect combination of embedded in a musical harmony that raises the emotional level of a feeling of joy and happiness.

Born in Guayaquil, Ecuador (small city located in the half of the world) where he is an icon in the 'underground electronic music scene' and one of the most important influence for the new generation in this exotic place.His childhood was hard, without a father and with his mother arround the world. his grandma' took care of him and teaches him how to live; this semi-poor guy was doing music all the time with his friends as regular teenage, playing his old guitar and singing rebel mind thoughts against the system; with his punk attitude and weird philosophy about life of how to live in this raw city, he finds the electronic culture and starts envolving more in the underground movement; after all that plus many weird things, he learns about the electronic music production and the art of teh live performing and live mixing as Dj!After all this knowledge and passion, everything happens with a lot of hard work! Actually Andre Salmon is the owner and founder of three exotic music labels: Anima Somnis (Dub Techno with minimalistic textures and mental melodies that molds the human resonance and vibration of the universe), Maniacs (A home for the isolated tunes, going from independent electronic music and deep house to indie rock and chillout music) and Ouch! (Painful dance music).About music, he is still making his 'micro and macro tech-house' and his 'sexual alien dance music', downtempo, abstract, ambient, breaks, burial tones. multi texture music and many more bizarre things are his passion also....'Andre Salmon: I don't think about any future or past, I just live the 'now' all the time, in the action, when I'm playing as Dj or performing live, everything comes in that moment; no matter what you play if the people is dancing, old or new, if the crowd is enjoying the music.... you are the right guy there!!