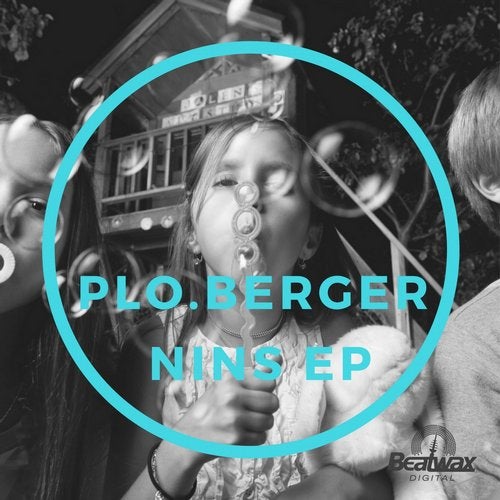 „Nins" is Plo.berger's first EP on Beatwax Records and also the first one after a creative break from releasing new tracks, which Plo.berger used to broaden his musical skills and redefining his style. The "Nins EP" is undoubtedly his most personal and experimental record so far, laying a new focus on vocals, recorded sounds and sometimes also abandoning the typical four-to-the-floor beat that was found on his previous releases. It therefore certainly is a step forward in Plo.berger's musical development, opening new chapters in his musical career. Most of the tracks on this EP are geared towards the dancefloor with his trademark driving basslines and grooving percussion but the tracks "Interlude" and "I Can't Even Say It" take a new direction that is suited for downtempo DJ sets as well as a home listening environment. The fact that many instruments on this release are recorded live without quantizing often gives the grooves a rather fragile and personal feel that is not often found on straight club records these days.
The opening track "Demons" is the musical equivalent of a restless night of tossing and turning on the bed, wrestling with your thoughts and the disturbing sensation of not being alone. It's in the dark hours when your personal demons are the biggest and if you listen very closely through the surreal landscape of obscure sounds and distorted vocals you will be able to hear the clock strike midnight in the track's break.
Even though the second track "Those Nights" also deals with the time of day when most people sleep, it paints a completely different picture. "Those Nights" is a straight up dancefloor-track in traditional Plo.berger style - the intricate, swinging percussion and the forward-pushing bassline make it impossible to stand still. The dreamy melody line during the break lifts the track up to new heights until the thumping bass brings you right back to the dancefloor.
"Interlude" is a very deep and experimental track that just grabs you and takes you on a mental journey. The perfectly established balance of electronic and acoustic sounds and the blurring of the boundary between the melody and its distorted delay in the break to a point where they become indistinguishable as one serve as powerful symbols for the two sides that exist to any story.
The fourth track "Gaelle Est Bonne" once again takes this EP back to the club environment as it contains all the elements you would expect to find in a Tech House track by Plo.berger - the thumping kick, the driving and pushing bassline and lots of percussion that ties the groove together harmoniously. The humorous lyrics give the track a light and feel-good vibe, perfect for sunset beach parties and early evening sets.
The last track which is titled "I Can't Even Say It" once more shows the versatility and the readiness to experiment in Plo.berger's musical style. A certain lo-fi sound aesthetic meats a vocal-driven track with a classic song structure to come together to a conglomerate situated somewhere between Pop, Rock and club track.