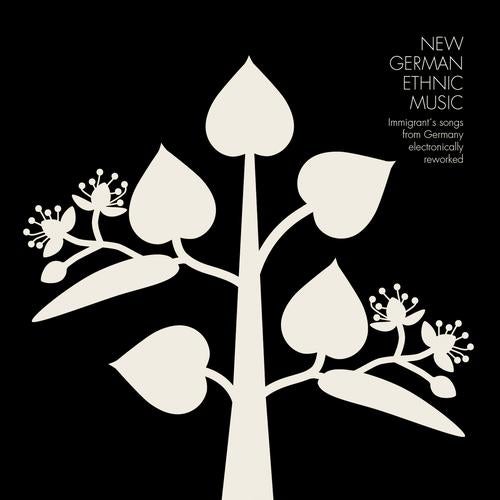 In the 1970s the American composer Henry Flynt started a series of pieces under the title "New American Ethnic Music". In so doing he worked together native styles of music such as blues, Country or Hillbilly with electronic production methods to make something altogether new. So far in Germany it has never been attempted to rework folklore electronically for a compilation. However, this picture changes if one redefines the idea of who the population is. Incomers have brought new "national anthems" to Germany, which means: even the Portuguese Fado, the African Gnawa, the Croatian Klapa or the Vietnamese Quan ho are these days at home in Germany.
With the cultural project "Heimatlieder aus Deutschland" ("National anthems of Germany") founded by former Spex editor Mark Terkessidis and label manager Jochen Kuhlung all the various styles of traditional folk music now found in Germany has been collected. Thirteen of the songs recorded for the project have now been transformed by contemporary electronic producers to present a "New German Ethnic Music". But why remixes? For one thing electronic music has recently focused a lot on the past (Ghost Music, Hypnagogic Pop etc.) - electronic editing is well suited to follow the effects of the immigrant music which the "imaginary national anthems" has created. Furthermore the project's instigators were curious how "electronic musicians" would handle folk music and folk songs which is a hugely difficult task. To this end artists were sought out who could get along with the idea of each music style and who are known to already have experimented with the human voice. Guido Mobius recently put out an album of electronic versions of gospels, which made him the ideal candidate for the Fado piece "Milho-Verde" - the remix has already been hailed by Deutschlandfunk as "wonderfully smooth". Cuban Son seemed like the perfect basis for a disco version by Ex-Whirlpool member Eric D. Clark. Margaret Dygas' associative approach ensured that she presents a polish song about a girls arranged marriage with a claustrophobic feeling. Symbiz Sound are two young Djs of Korean origin who with a rework of the Korean Choir of Berlin have somehow redefined the song of their own parents. With his remix of the Marrabenta of Mozambique Mark Ernestus has continued the rhythmic experiments he is known for with Jeri Jeri.
The results are as varied as the music styles and Djs involved. Some melodies remain completely intact while others are abstracted beyond recognition. Murat Tepeli and Natalie Beridze emphasized totally different aspects with subtle amplification and editing. Gudrun Gut dynamized the dalmatinische Klapa as you have never heard it before. Thomas Mahmoud translated Gnawa into dub, Khan represented Greek dances as Gothic panoramas, while Niobe and Matias Aguayo transformed Vietnamese Quan-ho and Spanish Renaissance choral singing into their own unique idioms. Finally Ulrich Schnauss turned the song of the Italian Chorus of "Donni So" into a hymn for the horizon-expanding power of migration.
Hopefully this compilation will also expand some horizons.