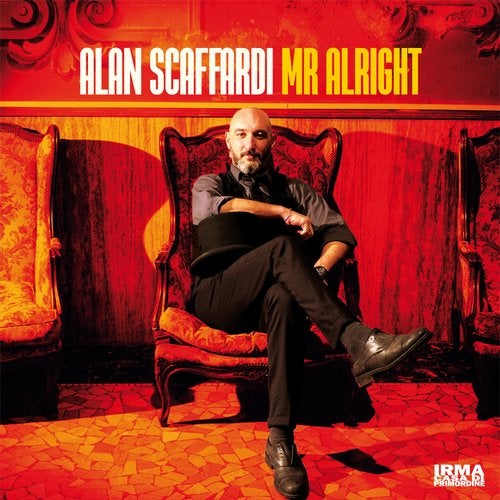 ENGLISH:
Alan Scaffardi began his career very young. He attended the Parma Conservatory learned to play guitar, bass, piano, drums and percussion.
He plays, as a bass player in a youth group called Sfate, and turns out to be a singer by chance, with another funky music project, the "Quinto Parallelo" opening concerts at Tiromancino, Bandabardo and Negrita.
He then began his career as a soloist discovering his singing skills that he cultivates and completes with gospel, jazz and soul singing studies with a course at the Berklee College of Music in Boston.
He collaborates and supports various artists of the Italian scene such as Mario Biondi who helps him to find his own voice.
Alan has a hypnotic, deep, sexy, scratchy and irreverent sound, a voice that does not you can forget, formed thanks to research and experimentation inspired by artists such as Frank Sinatra, Ben Harper, Jamiroquai, Lanny Kravitz, Lionel Richie, Sting, John Legend , Simply Red, John Myer, Vasco Rossi and Pino Daniele.
He makes himself known by touring Italy as a singer and session man, with live concerts and recording sessions.
In Rome he was discovered by Nerio Papik Poggi, an important Italian producer and composer, who chose him as a singer for several of his albums, including the debut one of the project Papik "Rhythm of Life" (Irma Records) containing the single Staying For Good which was highly successful among a lot of italian radio networks (Radio Deejay, Radio Capital, Radio Montecarlo, Radio 105, Radio Rai, etc.) and Jazz FM and BBC in UK.
Always with Papik, he has the pleasure of getting on many stages for live performances among which those of the Blue Note in Tokyo and the Blue Note in Milan stand out
He arrives in the magical Lampedusa which becomes his second home where he performs for a long time, ranging from Italian and foreign repertoires to the most famous clubs on the island.
He then decides to try the television experience, participating as a competitor to X Factor in 2013.
He is currently organizing the tour to launch his first album "Mr Alright" and continues to offer his voice in numerous national and international projects.
"I express myself with music because it is the words that come to me best ... it is the only true Esperanto".

Mr. Alright
A collection of 14 Soul / R & B tracks that are born from a hard work built thanks to years of ideas, texts written on small pieces of paper, illuminating nocturnal awakenings and fast recordings.
The album is produced and arranged by Nerio Papik Poggi and sees the participation mostly of the team of musicians who have been working alongside the Roman producer for years.
The album speaks of the pillars of Life: Love and Death, but not only, also of Rivalsa and Futuro.
We report two tracks in particular: 'Echos of my land' that celebrates the island of Lampedusa, and 'My tears are flyng' which was written in honor of a person dear to the artist ..
The album title takes its voice from the seventh song, "MR ALRIGHT": there is a phrase, in particular, which says: "It's time for me to live my life ... just wanna be free." Free to be myself .