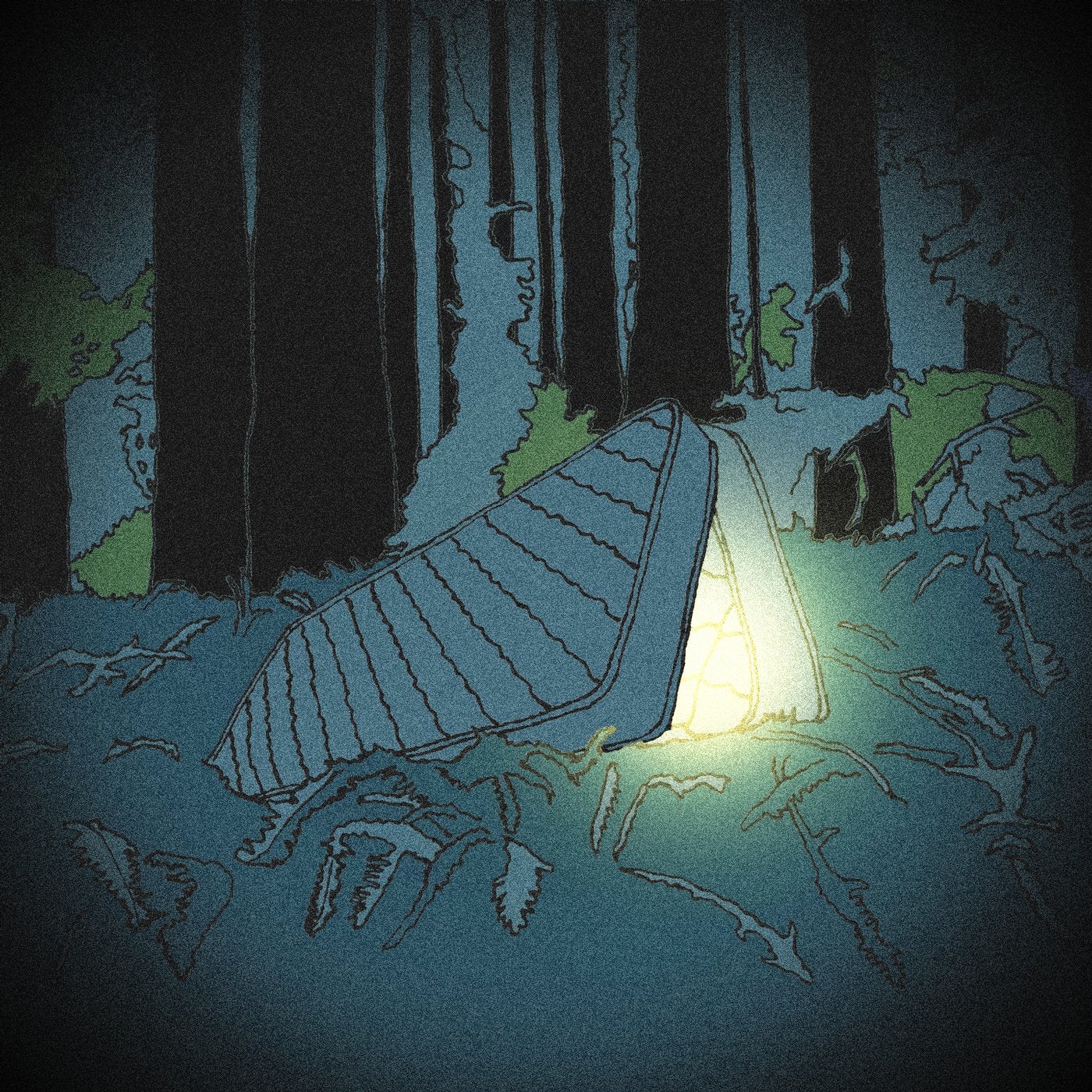 Mattress Alcove marks the debut release from Nuri Orman, a new alias of Portland-based musician Nuri Erdal. Immersed heavily within the Pacific Northwest music community for the past 8 years, Nuri has previously displayed his eclectic multi-instrumentalist and production talents as one-half of Ghost Feet on multiple releases for beloved PDX label Dropping Gems. He also graced Hush Hush's catalog in late 2015 with his official solo debut EP Caved Out under the moniker Hobbess, introducing listeners to his melodic, intricate, and dreamy electronic beats. The arrival of Nuri Orman signals a bold new shift towards an atmospheric aesthetic informed by ethereal shoegaze, dreamy slowcore, meditative ambient, and introspective post-rock. While this style planted its seeds during writing sessions in 2016 following the release of Caved Out, the unexpected death of a close friend significantly influenced Mattress Alcove and weighs heavily over the album's intimate, emotional, and shadowy sound.

"Advice" closes out the album and was the first song created for Mattress Alcove, written in late 2016 as Nuri began experimenting more with guitar and implementing his own vocals. This was the first time he had ever attempted using his own vocals in his music. Although initially a bit rough and rudimentary, he immediately knew was tapping into exciting new sonic territory. Not long after writing "Advice," the Ghost Ship fire in Oakland occurred and Nuri's dear friend, Edmond Lapine, passed away in its devastating aftermath. This tragic event shook Nuri's world, as he was faced with processing the deep grief of losing someone he loved. These complex feelings began seeping into his new creations, as he transformed difficult emotions into the sounds that would inspire the rest of the album. Unable to rely solely on instrumental melodies and harmonies to express his fractured feelings, Nuri infused his raw vocals and poetic lyrics into the mix, blending and blurring them in an intentionally gauzy fashion. Percussion now kept to a bare minimum, Mattress Alcove's songs yield an intimate sepia-toned sound defined by evocative guitar lines, downcast vocals, and lush complimentary textures, all smoothed out and finely produced over countless hours in his bedroom studio.

Finalized nearly a year after the Ghost Ship fire, Mattress Alcove ultimately serves as a reflection on Nuri's own conclusion regarding death and the loss of a loved one, painting a picture that is both beautiful and sad, comforting yet uncertain, murky but with glimmers of hope. Original plans to release this album during the winter months, a contemplative time of the year in the Pacific Northwest that closely captures the moody and self-reflective tone of the album, unfortunately never materialized; but we hope the record's timeless sound carries a similar impact as we enter the heart of Spring, and continues throughout the year.