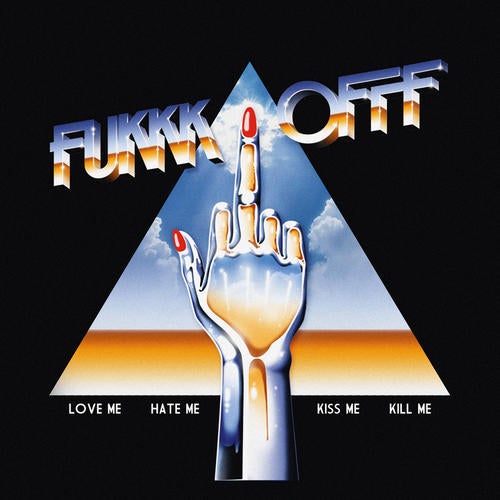 Fukkk Offf Heerhorst has been renowned for some time in his hometown of Hamburg for storming live sets in the clubs scattered around the city’s red light district. "Die sündige Meile" or "the sinful mile" as it is known has seen its walls shaked and thighs quaked by the throbbing depths of Bastian's big room Fukkk Offf Sound.

After the first two hit singles 'I'm A Freak' and 'Rave Is King', of which the latter went to # 1 on the German Club Charts, FUKKK OFFF delivers his debut full length album 'Love Me, Hate Me, Kiss Me, Kill Me.' on June 8 2009 on NYC’s Coco Machete Records

The Album which includes his previous singles delivers even more flavor from the hip-hose party rocking duet ‘More Than Friends’, featuring NYC rappers Razor Cain & Hazel, to the fashionista anthem ‘Famous’. By turns dark and menacing then veering towards moments of playful funk and kitsch, LMHMKMKM doesn’t let up on its grand tour of the discerning late night dance floor.

Love Me Hate Me Kiss Me Kill Me