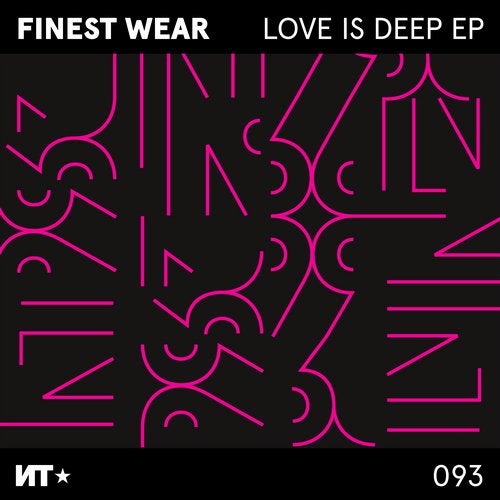 London producer Finest Wear storms back with his third release on Nordic Trax. The 6-track EP features the vocal stylings of fellow Londoner Anita on the title track and builds on his two previous critically-acclaimed releases.

Blurring the lines between deep house, techno and garage in his productions, Finest Wear is the production moniker of London producer & deejay Cenzo Scoglio. Under his various aliases (Finest Wear, MrCenzo, MididropMusic) Cenzo has releases on BBE, Colour & Pitch, Plastic City, Loudeast, UM Records, and Black Soul to name a few. In 2017 he released two projects on Chicagos legendary Large Music, which filled the deep house charts and found support from Sebb Junior, Demarkus Lewis, Saison, Nacho Marco and Souldynamic among others.

The title track features skippy beats and vocals courtesy Anita, a longtime friend of the producer who just happens to be the same Anita (aka Anita G) to have featured on a few seminal UK Garage tracks from the late 90s. Most notably she appeared on tracks from DJ Double G (Special Request & Poison) which were rinsed out by all the boom selectahs of the day including compilations from Karl Tuff Enuff Brown (Pure Silk), MJ Cole & Artful Dodger (both on Ministry of Sound), Jason Kaye (Mixmag), Casper, Mikee B & more. The original mix has hints of the classic UKG sound and is accompanied by a bass-driven Beats U Like instrumental for an extended ride.

The ep continues with I See Her, which originally appeared on the compilation 20 Years of Nordic Trax released December 2017, that found its way into the boxes of Mr Fonk, Demi, Norman Weber & others. This is followed by two mixes of Bear Witness -- a hypnotic shuffle filled with chord stabs and a throbbing bassline. Closing out the ep is Just A Track, a steady groove with hints of acid and lush strings. Finest Wear delivering the goods once again: deep music for late nights & early mornings.