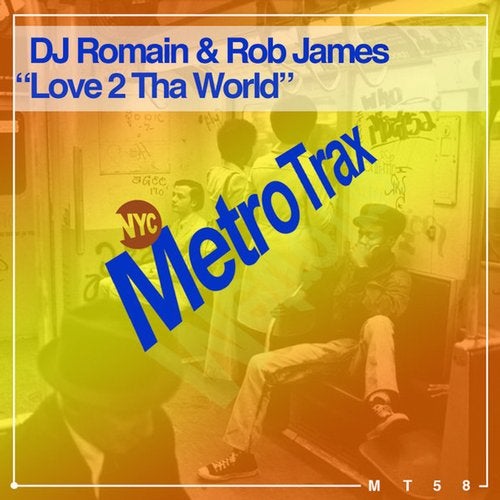 Fresh for 2017 Metro Trax comes in with a serious house heater, Dj Romain & Dj Rob James combine production forces and came up with "Love 2 Tha World" a cool groovin funky message track, with all the crazy that's going on now we need to bring Love 2 Tha World, Dj Romain & Rob James have collaborated on music in the past under the moniker Poor Righteous Djs with projects like Beat Salad, After Life on Nu Faze Records, in 2016 they released an EP on Deeptown Traxx called "The Lift Me Up" EP and now on the jacking house tip they are starting off 2017 with a dope house joint, get it now on Metro Trax.