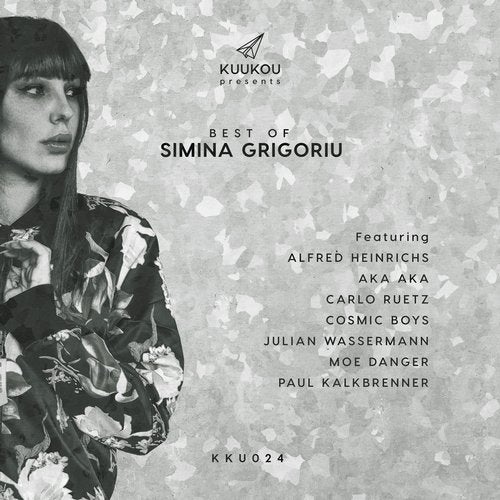 Kuukou celebrates the end of its second year in action with an impressive roster of the label head Simina Grigoriu's best cuts.
From early tracks like Techno Monkey and Ninja Princess and on to more recent cuts like Una or Makibishi, high energy, dynamic techno has been at the core of the artist's releases. The same ethos can be found in its array of remixes, which have seen a slew of talents channel the Kuukou sound aesthetic, from novel artists such as Alfred Heinrichs and Moe Danger on to scene veteran Paul Kalkbrenner. The sound palette is varied, bridging deep techno shapes on Julian Wasserman's remix of Shook Up with more contemplative atmospheres, as can be heard on AKA AKA's rework of Edge Of The World. All in all, a body of work that encapsulates Simina's evolution throughout the past couple of years and gives a small glimpse into the Kuukou realm, deeeply rooted in the present with a discography of tuneful grooves while eagerly anticipating upcoming productions.