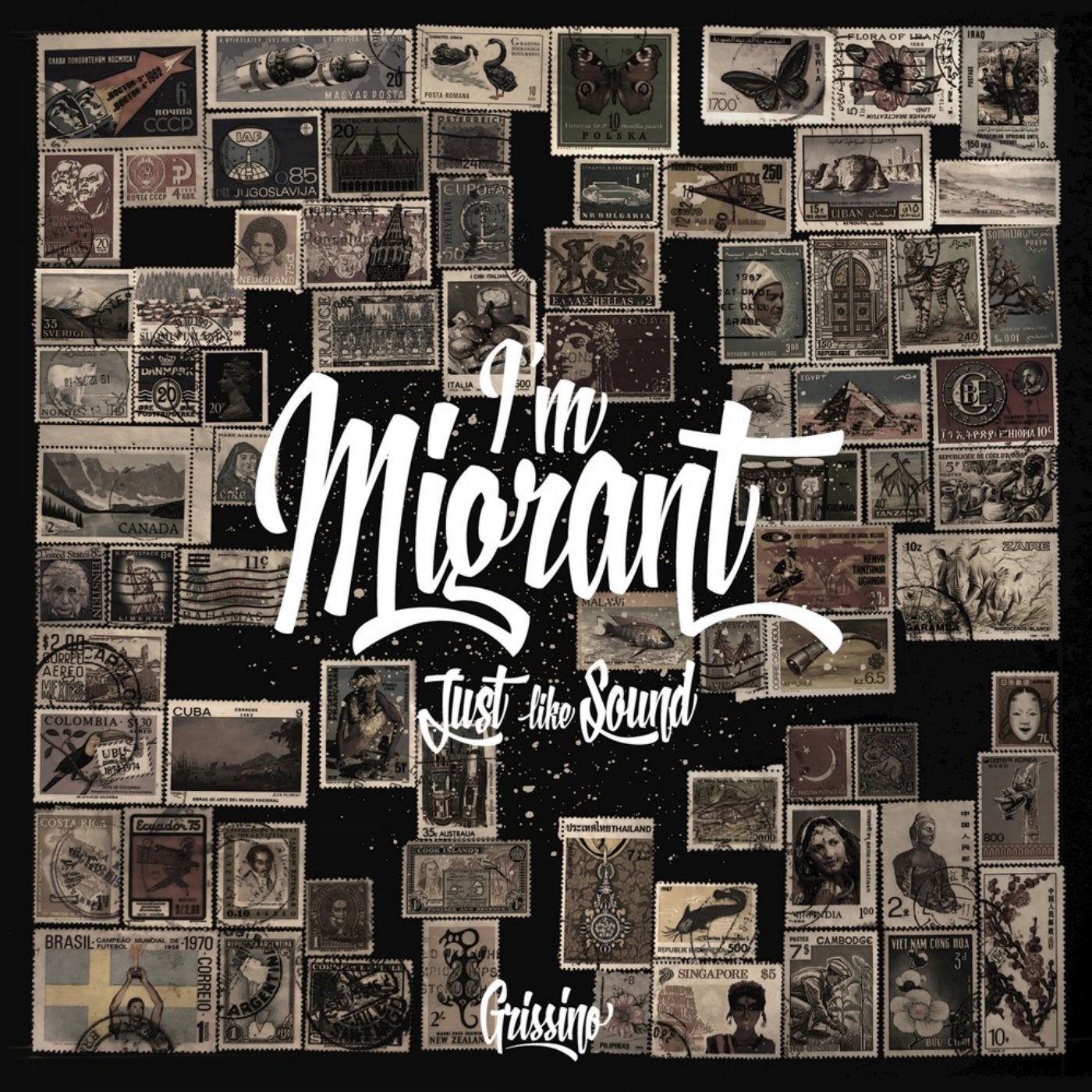 "I AM MIGRANT - Just like the sound" the second album of Grissino aka Mr Breadstick.
A sound journey that is born, evolves and is amplified undisturbed in the ears of anyone who listens to it.
Without ever being hindered, by artificial borders and mental borders.
The artist's audiophile experience led him to create a unique album of his kind, distant sounds blend in a familiar groove,
wanted sample, low Dub frequencies, all mixed as if it were a delicious slow cooking recipe in a pottery, whit a base of tradition and distant flavors.
The Multi-ethnic dinner is then served!
18 tracks, on Trip Hop beat, Midtempo and Drum N Bass, with multitude of mestizo influencices, 9 Beat and 9 Sing in different languages: Italian, English, French, Spanish, Portuguese, Arabic, Japanese, Romanian and German.
Featuring including prominent names like:
Dr Das (Bassist and founder of the Asian Dub Foundation), Sandeep Madhavan (The Burning Deck from Bangalore), Alco and Kwandae Park (Degurutieni Band of Osaka), Safirius (rapper of Rennes, well as Mc project of Dj S.O.A.P. from the Marseilles Chinese Man) and the young talented Arab Mc Mouad (L7a9d).