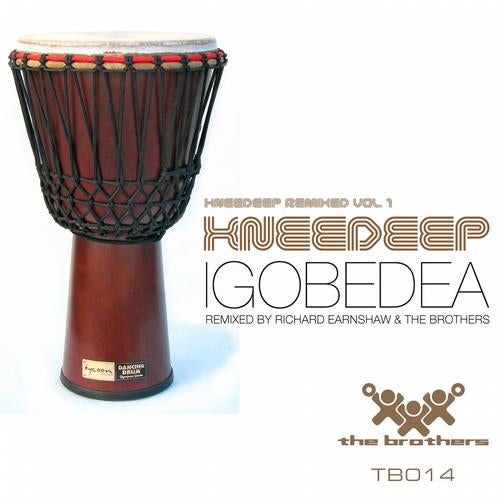 The Brothers' "Knee Deep Remixed" singles series continues as they get set to oil up this Summer's dance floors with a heavy remix package of  "I Gobedea". This catchy worldy vocal cut sees heavyweight UK producer/remixer Richard Earnshaw work up a deep, warm and classy remix, laced with a quirky bass hook and sublime keys.
Meanwhile, The Brothers' Edoardo Carlucci beefs up the beats and bass, offering up a jackin' house bomb, just like Mama used to make!
The Brothers label "Knee Deep Remixed" series sees top German house production duo Knee Deep get a complete overhaul of their fantastic back catalogue - a transformation into a brand new selection of singles which will later be released as a full compilation. Each song will be remixed by a well known artist in the house music scene including the likes of Bobby D'Ambrosio, Louis Benedetti, Aaron Ross and The Brothers themselves among others.