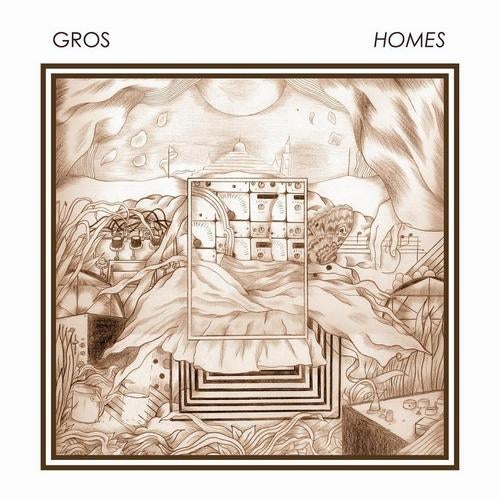 Gros has never been much about trends. Their cozy philosophic music could rather be described as timeless, still they somehow manage to sound very 2010. Kindred Spirits to such acts as Four Tet, Kraftwerk and Aphex Twin, the Swedish duo consisting of Wilhelm Bohman and Henrik Punsch Johansson has attracted fans of warm, organic electronica all over the world and has been played by both John Peel and MTV. In Spain Gros was given the prestigious award for best New Tendencies act. Homes, their third album, is more about dynamics and rhythm than their earlier outputs, without loosing touch with their truly unique trademark, the melancholic melodies. The duo has matured both as songwriters and producers and Homes is their most impressive work to date. Composed mainly out of audio-snippets, acoustic plucks and analogue synths Homes is a harmonic tour de force that leaves the listener both vivid and thoughtful. Inspired by such different outputs as kraut, dance, pop and Folk, Gros enigmatic but yet highly acessable music opens up to a unique world full of small details and big daydreams. Homes, second release on the up and coming label Lapsus features album artwork from Catalan artist Arnau Sala. Wolfgang Flur (Kraftwerk) "I'm impressed. Great job"