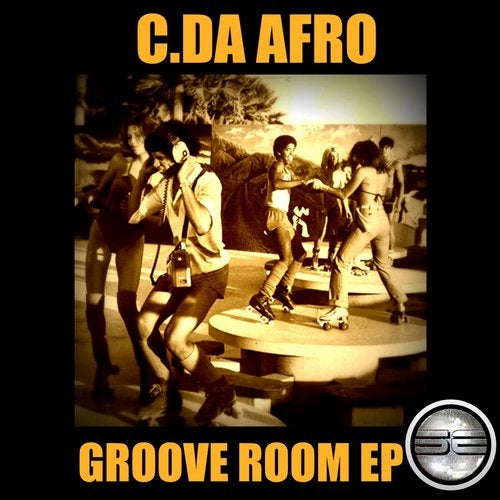 Soulful Evolution Records are delighted
to welcome C. Da Afro to the Label
with his first release for us and what
an introduction with this disco inspired
three track package entitled 'Groove Room EP'.

The 'Groove Room EP' begins with the
title track, The 'Groove Room'
This disco fuelled slice of Jackin House
really gets you in the mood for the dancefloor.
Next up is 'Disco Aurora'...Wow....Press play
and you are transported to the great disco
sounds of the 1970's and 80's along with C. Da Afro's magic touch
the vibe is certainly ready for the twenty first century.
Finally 'No Return' continues along the same
vibe with that Nu Disco sound......A musical time machine!

C. Da Afro raised in the golden era of the 80's.
Soul/Funk & Disco 12'' added to his Vinyl Collection from the age of 13, and he still going...
It was 2009 when he started his first producing steps messing around with disco loops.
Till now he manage to release many groovy disco and disco house tracks, under different labels.
Favorite moto: 'As Always Just For Fun'
Labels: Midnight Riot, Bangin Groove Records, Spa In Disco, SpinCat Records,
We Mean Disco, Disco Future, Solid State Disco, About Disco Records & More.

Thanks for the support on this release!
Soulful Evolution Records