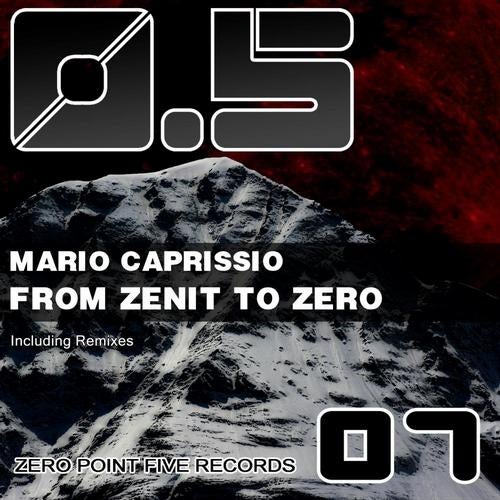 This is Zero Point Five Records, release number 7. This time again with a debut single of a new, fresh, and very talented artist Mario Caprissio from Bingen, Germany. He presents his single From Zenit To Zero, a fat track with much groove and strong synthies. Additionally here are 4 remixes, one by El Torro, the german artist from Kassel with his own label Torromusic shows his bassy strong version. Two remixes by the Zero Point Five label owner Stefan Senk with one straight techno remix and one raw techno edition of the original track. At least another artist gives his releasing debut, it's mister Giuseppe Castani from Frankfurt, Germany. He presents his remix of From Zenit To Zero, a varied straight forward techno version with much groove and bass.
Mastering by Plan-E

From Zenit To Zero