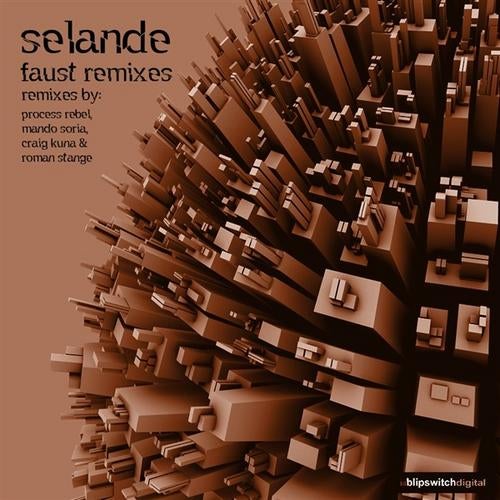 Selande's "Spades-Faust EP" release last December showcased the fertile musical areas where the sounds of traditional dub techno and modern dubstep meet. On this stellar collection of remixes, some of Blipswitch's other artists take a stab at drawing the sound back out in each artist's individual direction. Craig Kuna from San Francisco's legendary [KONTROL] crew joins up with Roman Stange from Auralism Records to put their modern spin on the traditional dub techno sounds of the original. LA tech-house maverick Mando Soria applies his signature minimalist bounce to the original grooves, thereby finding a nice middle-ground between the original's depth and the dancefloor's need for thick, driving beats. Rounding out this excellent package is Amsterdam's soundclash-champion Process Rebel with a superb remix, featuring a screwed-down beat, glitched-out bassline, and Rastafarian vocal cuts from down south. If you've ever wondered just how much a seasoned remixer can do with the right original material, look no further. This is the real deal.