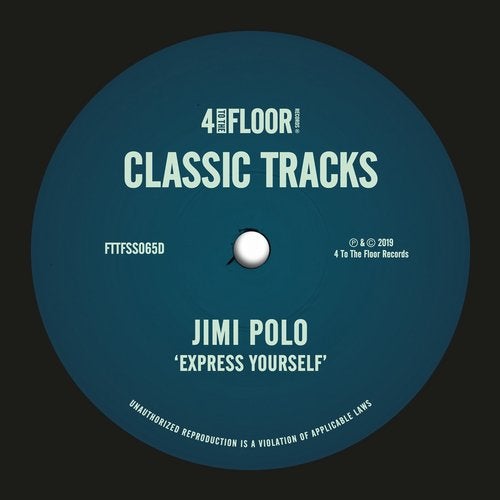 Starting his career in the early days of Chicago house, Jimi Polo has created countless cult classics. Finding his fame in London when spotted by Soul II Soul, he has since spent time across Europe collaborating with artists that range from Kenny Dope to Daft Punk. Now 4 To The Floor have re-mastered and re-packaged his stunning mid-nineties gem 'Express Yourself' for 2019 dancefloors, with a number of remixes from Mousse T. and Frankie Foncett. Featuring the decidedly deep and hard-to-track-down original, highlights also include Mousse T.'s Just A Groove Mix, which does exactly what it says on the tin, and the stripped back Surgery Mix, mixed by Bob Jones, that maintains the soulfulness of the original in its down-tempo dose of Jimi Polo goodness.