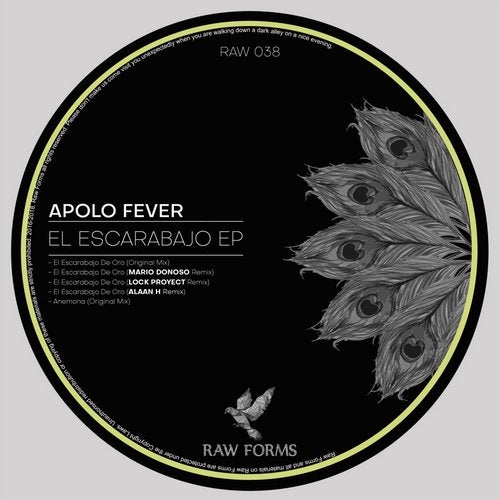 This week's hero is the returning Apolo Fever. After his N-Telekia now he is back with 2 astonishing original tracks acompanied by 3 impeccable remixes.
polo Fever a force to be reckoned with is known for his strong releases on the mighty Habitat and now he is looking to grow his influences on RAW FORMS as well.
On the remix job we have Mario Donoso known to the wide audience with his release on Artslaves' label - MOAN - as well as his releases on labels such as - Natural Rhythm, Klaphouse Records, Infamous Recordings, Datagroove and others.
Secon on the remix duty we have Lock Proyect - known for his addictive beats and grooves he has powerful colection of releases under his belt - Low Groove Records, Play Groove Records, Haliaeetus Music and others.
Last but not least we have Alaan H - whom generated some realnnoise with his releases on Habitat, Klaphouse Records, Phunk Trax, NOPRESET and others.